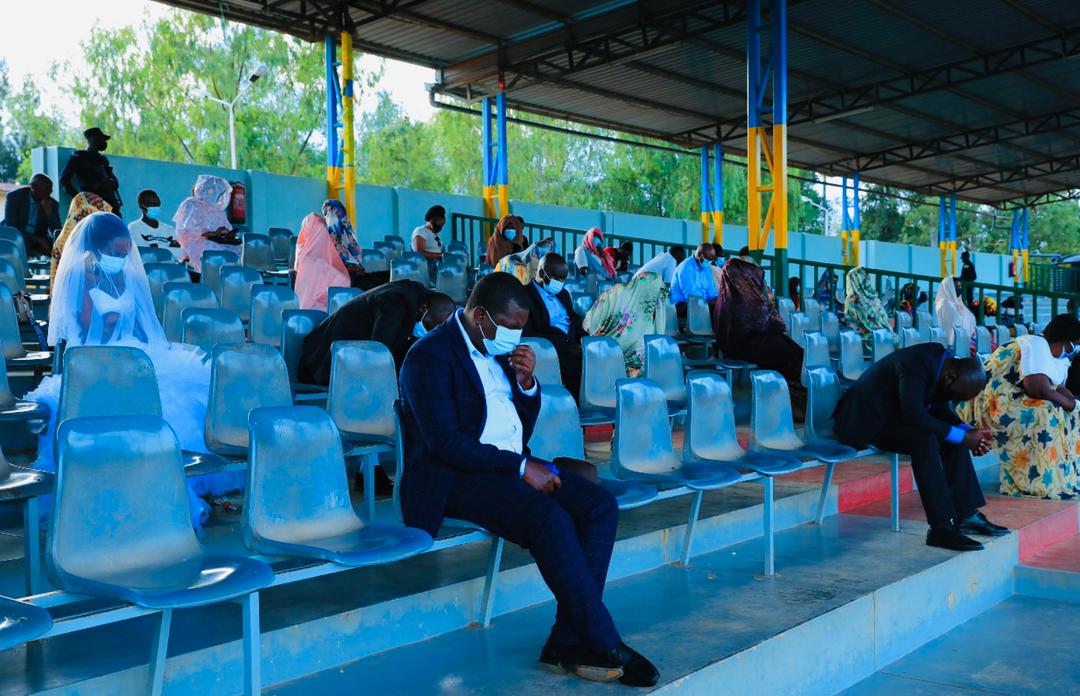 On Monday, April 5, Rwanda National Police (RNP) paraded to the media 138 people, who were, separately, arrested in hospitality establishments in Kigali, where they were holding wedding receptions and a traditional marriage.

The violators include 60 people, who were caught on April 4, at around 6pm, in Le Printemps Hotel located in Jabiro Village, Nyagatovu Cell of Kimironko Sector.

Other 57 were caught in the house located in Rugunga Village, Muyange Cell, Kagarama Sector in Kicukiro District where they were holding a traditional marriage (Gusaba).

The house is owned by Bisengimana Justin, the owner of Rainbow hotel, which was recently closed due to non compliance with COVID-19 prevention directives.

At Happiness Bar and Restaurant located in Kinunga Village, Nyabisindu Cell in Remera Sector, Police and local authorities caught 21 people, who had also gathered for a wedding reception.

Although civil and religious weddings are allowed but without exceeding 20 people; receptions are prohibited as part of the government measures to contain the COVID-19 pandemic.

Jean De Dieu Gasana Harerimana, the finance and administration manager at Le Printemps, argued that they were tricked by their clients, who had booked but did not mention what the event was about.

"We received a booking to prepare meals for 50 people, a reasonable number for our hotel which has capacity for 200 people. Unfortunately, we did not know that our guests would hold a wedding and ended up even exceeding the agreed number of 50 people," claimed Harerimana.

To Thierry Makungu, a groom caught at Happiness bar and restaurant, he admitted having violated the government directives and asked for forgiveness.

"Although we held a reception at the restaurant, which had many other customers, I was wrong and for that I apologize to all Rwandans for putting lives at risk," said Makungu. 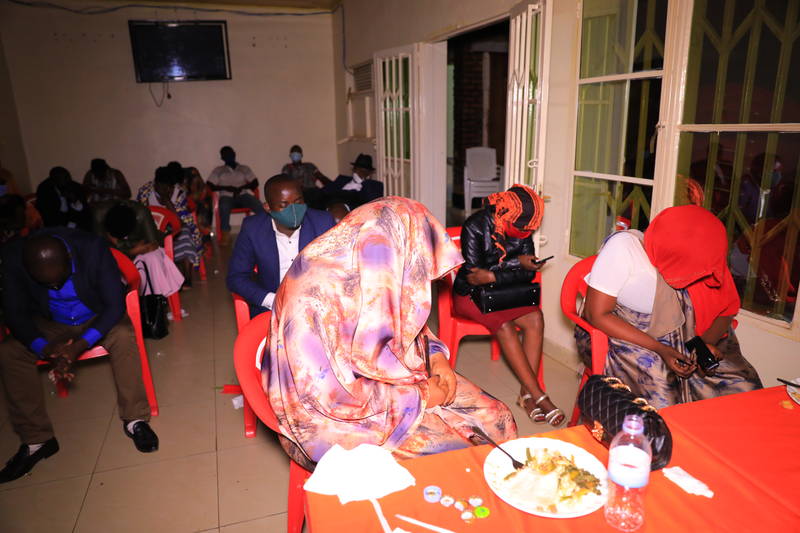 Umuhoza Rwabukumba, the Executive Secretary for Kimironko Sector warned of the consequences to violators.

"We always sensitize the public to adhere to Covid-19 prevention directives; everyone knows how deadly the virus is. We created a 'save the neighbor’ initiative to emphasize the ideals of neighbourhood watch especially during this period when everyone needs to be responsive," Umuhoza said.

According to Umuhoza, the hospitality establishments will be closed for up to one month and fined with Frw150,000.

"This hotel (Le Printemps) was hosting 60 people, who were holding a wedding reception even when both parties knew that what they were doing is prohibited. Directives must be adhered to without exception," CP Kabera said

"There should not be any excuse that one did not know or he/she was tricked; it is a duty of all hotel operators to ensure that whatever they are doing, the clients they are receiving... all adhere to the government directives," he added.

As of April 4, 311 people had succumbed to COVID-19 with 1,652 cases still active including four in "critical condition", according to the Ministry of Health.

At least 239 new COVID-19 cases were registered on the same day. 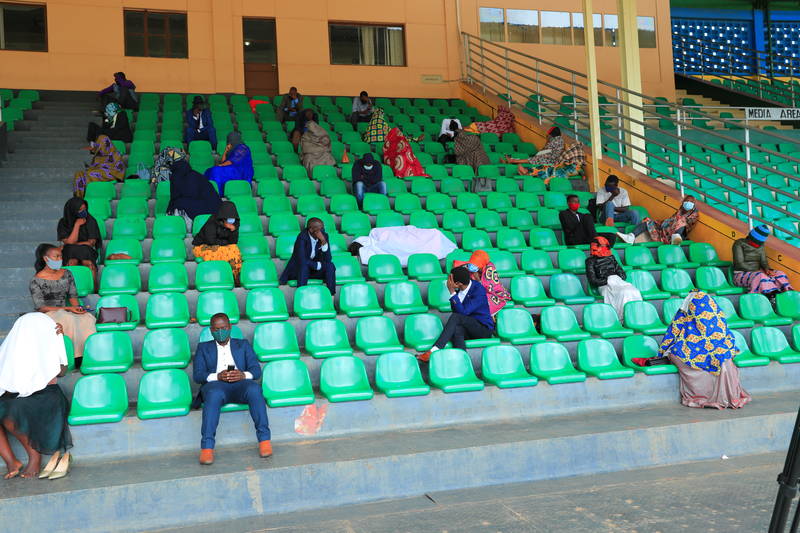