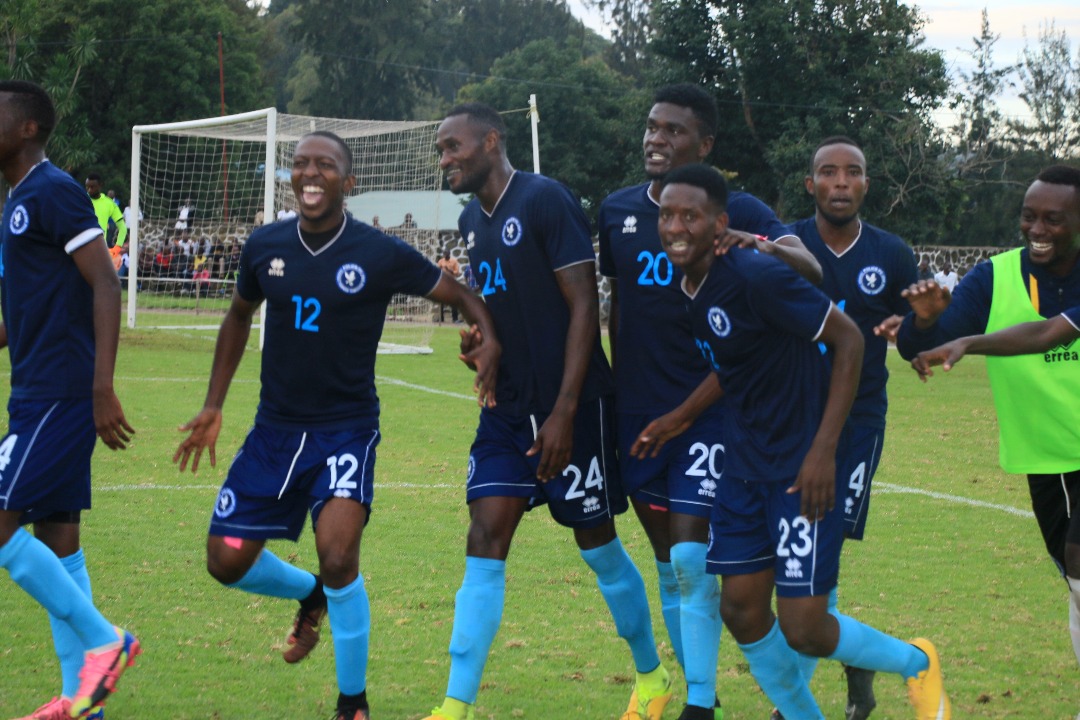 Christophe Biramahire's second half goal against Musanze in a match played Sunday, elevated Police Football club to the top of the National Azam Premier League.

The lonely goal in the 75th minute came as a reward to many fruitless efforts as Musanze goalkeeper kept the goalposts firm.

Earlier in the 18th minute of the first half, striker Justin Mico came close to putting the law enforcers in front, but the ball went slightly wide.

The hardly fought but deserved win away in Musanze on Day Four of the national football league, took Police FC to the summit of the table with nine points, two ahead of AS Kigali, Rayon Sport and APR, who are all tied at seven points, but separated by goal difference.

Police FC head coach, Innocent Seninga, while speaking to journalists in a post-match media brief, said: “We really wanted these three points and fought hard to get them to go top.”

“I am very happy and thankful to the players because this is what they came here to fight for. I also thank my colleagues on the coaching bench, because the performance is derived from all our ideas,” Seninga added.

Meanwhile, the national league has been put to halt due to the forthcoming national match between Rwanda and Ethiopia to decide who joins other teams in CHAN to be held in Morocco next year.

However, Police FC's match will be against the defending champions, Rayon Sport at a date that will be communicated by the local football body, Ferwafa.