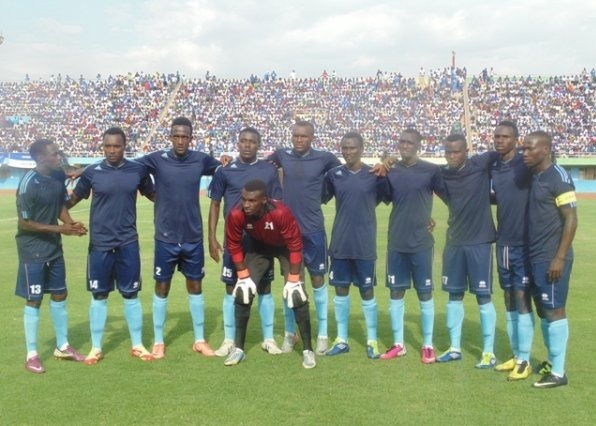 The win was a welcome relief for Police coach Sam Ssimbwa whose team closed the gap on the reigning champions to two points, while AS Kigali edged out AS Muhanga to go on top of the table. Etincelles and Marines drew 1-1 in the Rubavu derby.

Beaten twice by their rivals last season, Police revenged with a deserved win that took them to the top five with eight points, four behind leaders, AS Kigali. Rayon remain in second place with 10 points, level with Musanze and Espoir, who meet today in Musanze.

Atuheire, the former APR and URA striker, who was signed this season by Police, struck in 5th and 83rd minute for his first and second goals of the campaign.
Amissi Cedric netted for the champions through a penalty after Police skipper Jean Bosco Uwacu handled the ball in the box in injury time.

Police got off to a dream start, in taking the lead in the 5th minute when Jean Luc Ndayishimiye struck a goal kick in the back of Atuheire inside the box, only to deflect in his goal.

Former Police skipper Meddie Kagere partnering with Samson Jakesh failed to make any impact against his old club as Marcel Nzarora in goal for Ssimbwa’s team, made several saves to deny them any chance of snatching a point.

Police’s Peter Kagabo and Donatien Tuyisenge also had their efforts saved by Ndayishimiye as both sides relied on counterattacks in search for goals.

The win for Police was a perfect gift and second win for Ssimbwa, who was starting to come under some bit of pressure after collecting just five points from a possible 12 in the opening four Turbo King Football League matches.

It was a job well done for Ssimbwa to ensure that his players recover from that bad start, to win this crucial match, knowing that it was going to be hard.