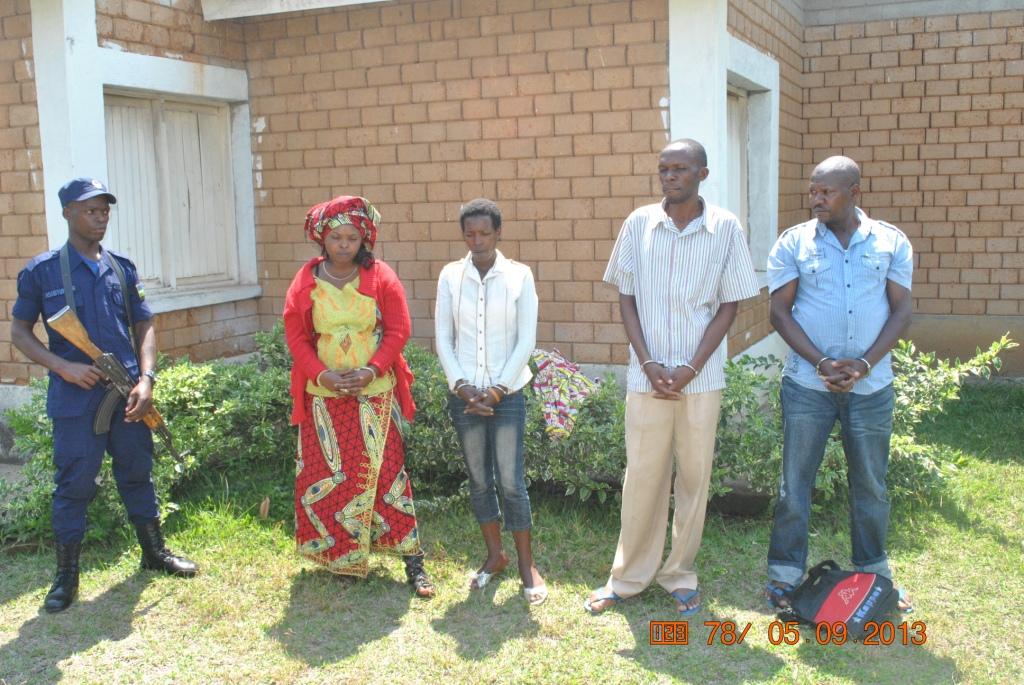 The Rwanda National Police foiled a plan of four people, who include two women, who connived to con a man of Rwf15 million by selling him a ghost residential house in Kimihurura, Gasabo District.

The suspected; Aloys Twagiramungu, Alphonse Niyonzima, Marie Louise Mukeshimana and Sanyu Umurungi were arrested on September 5 in a bar in Musanze District as they tried to strike an imaginary-deal with the would-be victim.

They are currently detrained at Muhoza Police Station.

According to police investigation, Niyonzima, a house broker in Kigali allegedly took the would-be victim (name withheld) to the house in Kimihurura and gave him contacts of Mukeshimana as the sole owner.

The would-be victim then got in touch with Mukeshimana to confirm the value of the house and payment procedures.

The self-styled proprietor, who posed as Clementine Uwamahoro then sold the idea to Twagiramungu, who helped her to forge the premises land title and her national identification.

Out of suspicion, the would-be victim informed police to investigate if actually Mukeshimana is the owner of the house, which turned out that it wasn’t hers.

The quartet was arrested red-handed in a police planned operation, as they tried to get the money from Kahinda.

The suspects confessed to the crime, but pointed finger at each other as the brain behind the illegal act.

Chief Superintendent Francis Gahima, the Northern Region Police Spokesperson said the suspects will be charged with counterfeit and swindling.

Article 318 also stipulates that any person who, intentionally obtains a property belonging to another person fraudulently or by using false names or qualities, to give rise to hope or fear of harm and obtains a part or whole of a fortune shall be liable to a term of imprisonment of three to five years and a fine of Rwf3 million to Rwf5 million.

Article 609 of the penal code states that “Any person who forges or alters documents by forged signature or fingerprint, falsifying documents or signatures or impersonation,forging agreements, its provisions, obligations, discharged obligations shall be liable to a term of imprisonment of more than five to seven years and a fine of Rwf300, 000 to Rwf3 million.

CSP Gaima said counterfeiting and swindling are not common crimes in the Northern Province. He asked citizens to be more vigilant while before buying any property mostly land and houses.