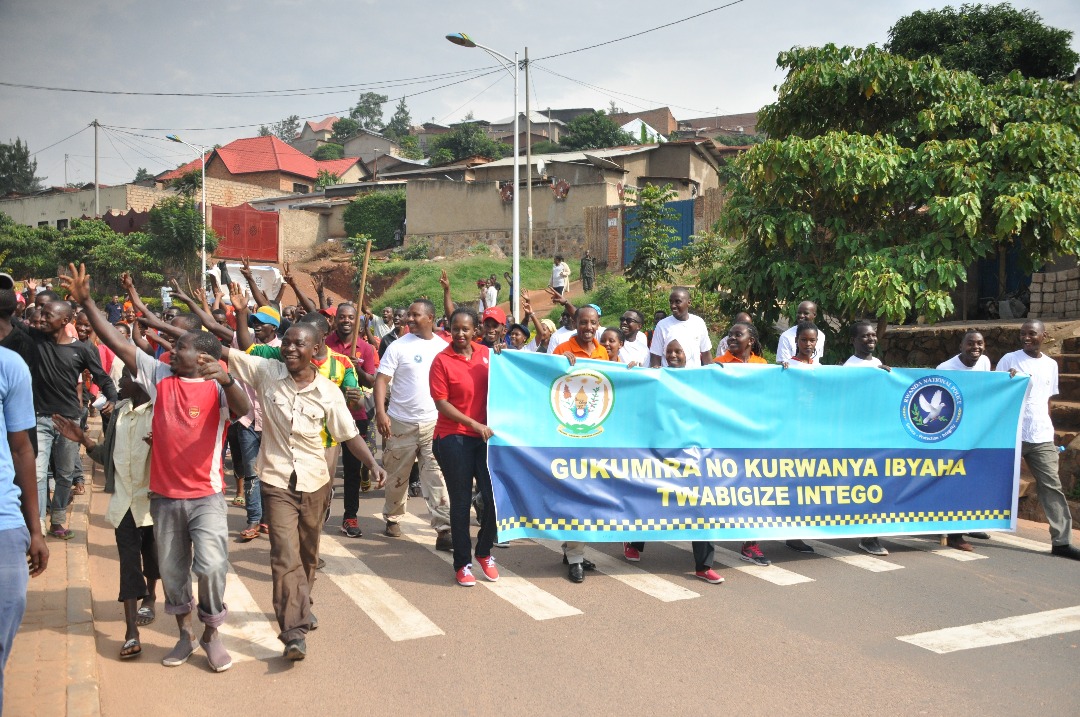 One writer said that ‘Youth are powerful. They represent courage with wisdom and energy with will power to drive change and take leadership.’

It’s a character that has come to define one youth umbrella group; Rwanda Youth Volunteers in Community Policing Organisation (RYVCPO), composed of over 250, 000 young and energetic people particularly to drive the national security and development agenda.

“Our country has invested in us through education, taught us good values of patriotism, partnership and set the agenda through which everyone should be involved towards sustainable security and development; that’s what drives us since we started in 2013 with not more than 300 members,” says Jean Bosco Mutangana, one of the pioneers and currently in charge of mobilization and training in the youth group.

According to the report, the human security and community development activities conducted by the youth volunteers since 2013 are valued at over Rwf630 million. 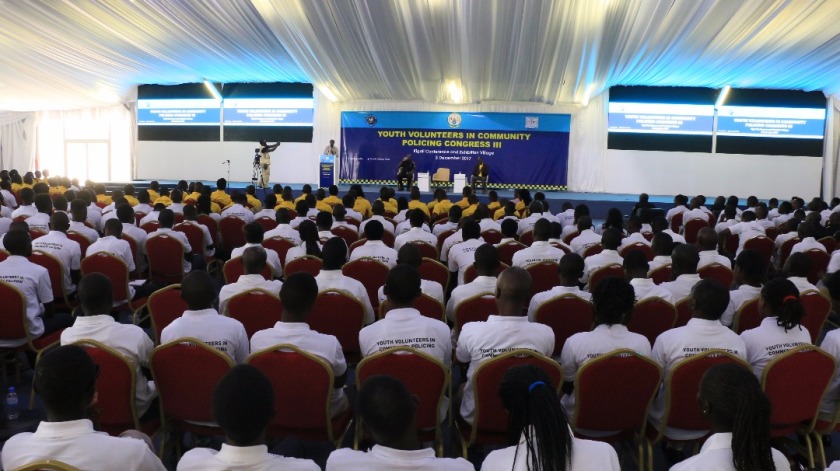 Others include 5321 organic gardens locally known as akarima k’igikoni, making 115, 000 bricks, and 3200 metres of water trenches; pays medical insurance premium for 284 people and have been instrumental in raising awareness against crimes and drug abuse in particular as well as donating heifer under the one cow per poor household.

The youth volunteers’ organisation composed of students, graduates and entrepreneurs, sponsors about 100 vulnerable students in Gasabo and Nyarugenge districts at a tune of Rwf700, 000.

“We want to drive change among the young generation and be the voice and power of transformation, that’s why we want to increase the membership to at least one million in the next one year; we believe the higher the number the increased impact in our human security and development activities,” says Justus Kangwage, the national coordinator of RYVCPO.

“We set this special Saturday aside to further support the poor, further build their houses, raise awareness in schools and communities against crime, construct and rehabilitate roads, toilets and environmental conservation activities,” Kangwage explains. According to Assistant Commissioner of Police (ACP) Damas Gatare, the Commissioner for Community Policing in Rwanda National Police (RNP), the youth volunteers are instrumental in driving the philosophy of police-public partnership in crime prevention.

“We have seen many former drug dealers and abusers converting, school dropouts involved in other crimes like petty theft going back to school, and equally important, increased information sharing on wrongdoers; you can imagine what one million committed and focused youth can do… the impact can be massive,” says ACP Gatare.

“When the government is budgeting they look at priorities that fall in the available means, and when such young people come together to construct schools, roads, houses for the poor, pay school fees for the disadvantaged, they are setting a tone of ownership and partnership in filling the national budget gaps or further narrowing the poverty line,” said Sheikh Barame.

“Their activities also are a mindset change; when a young person constructs a toilet for your neighbor, you are also challenged. Most times families have no toilets because they have no means; it’s an issue of mindset, and these young people continue to teach communities the values of partnership, health and hygiene,” he adds.