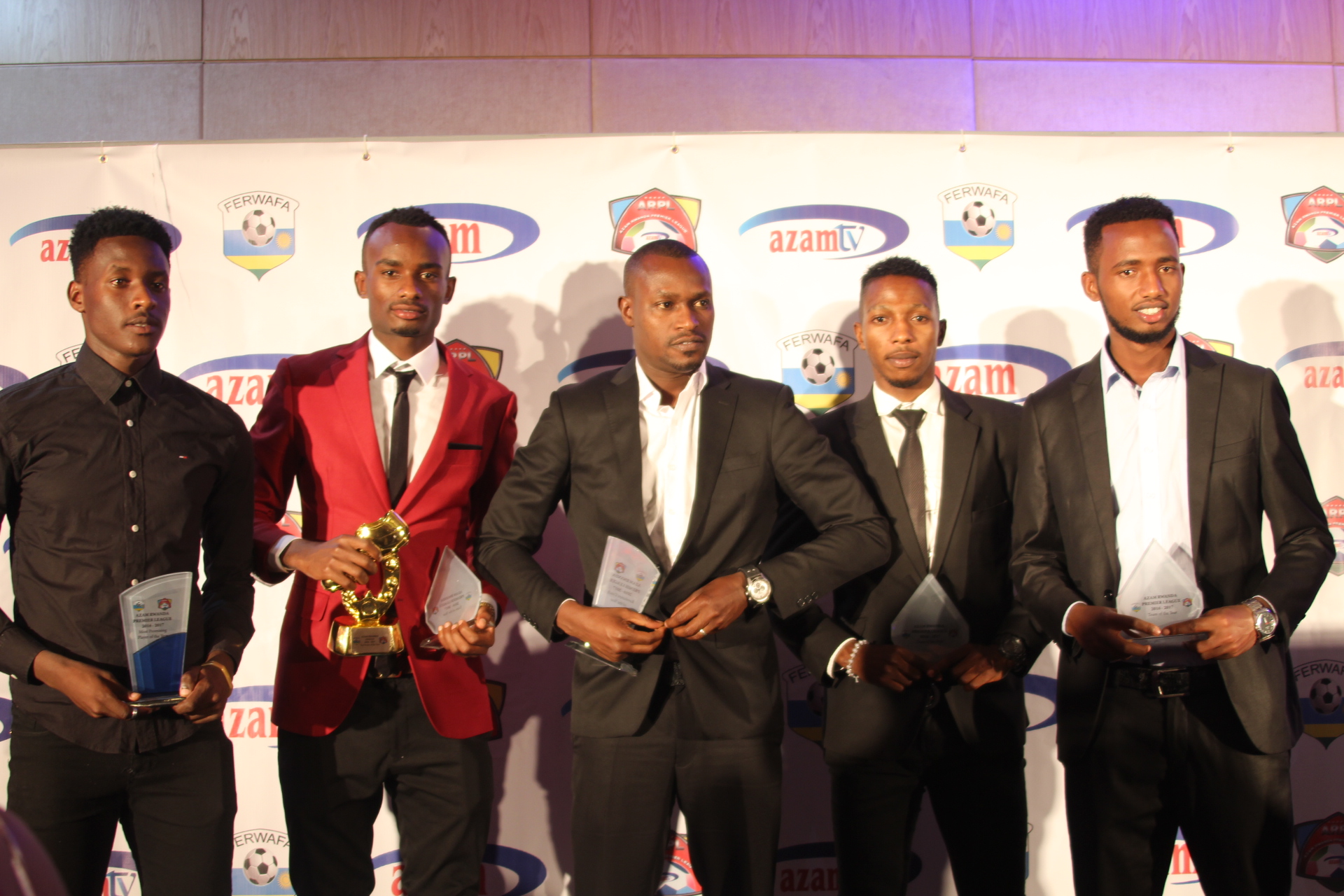 Police, who finished second, was the single club with majority players, who were awarded.

Danny Usengimana, who is leaving the Police to Singida FC of Tanzania, was awarded as the top-scorer, having scored 19 goals. The 21-year old block the record of scoring most goals for two consecutive seasons, and as the first player to score 19 goals in one season since 1994.

Also, three Police players were named in the ‘Best Team of the Year.’ They are left-back Jean Marie Vianney Muvandimwe, and strikers Danny Usengimana and Justin Mico.

Mico, who scored 15 goals last season, was the third lead scorer after Usengimana and Wai Yeka of Musanze FC, who scored 18 goals. 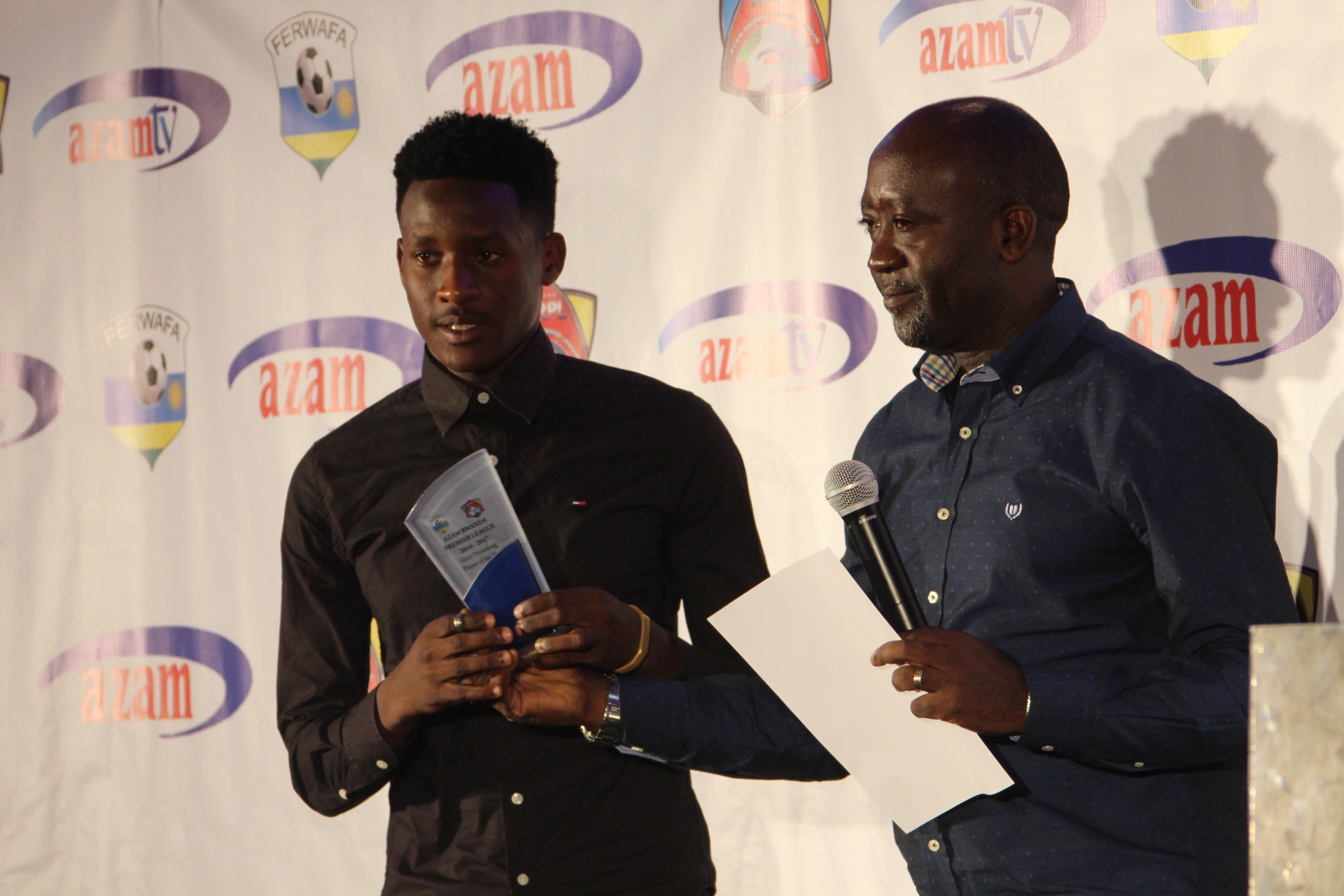 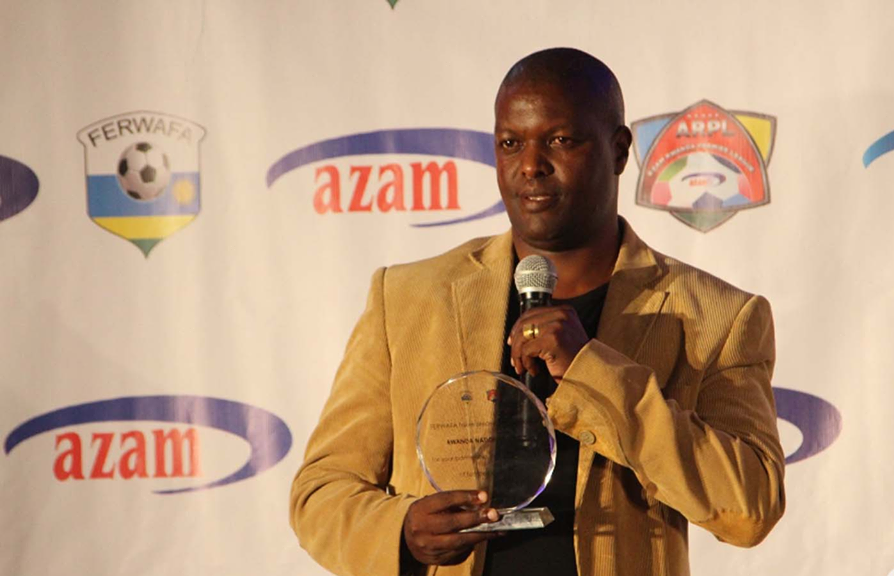 Azam TV thanked RNP as institution to be the great partnership in developing football in Rwanda, an award held by CIP Mayira (Police FC spokesperson)

Chief Inspector of Police (CIP) Jean de Dieu Mayira, Police FC spokesperson, said that “there was no surprise in the awards.”

“The players worked hard and well last season, but that wasn’t enough, the target now is to attract more awards next season such as the best club and even the best player,” said CIP Mayira.

The law enforcers have already signed five players. They include the pair of Bertrand Iradukunda and David Nzabanita both from Bugesera FC; Mustapha Nsengiyumva and Fiston Munezero both from Rayon Sports, and Issa Zapy Ishimwe, who also joined on free-transfer from Rayon Sport.

Olivier Usabimana, who has been on loan in Marine FC, was been recalled.