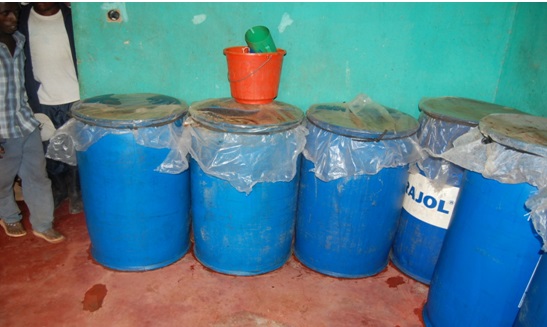 Residents of Gitesanyi village, Mvumba cell in Murama sector of Ngoma District, on Saturday led police in the area to two plants distilling an illegal brew called viki, where about 3300 litres of the illicit liquor was discovered.

The illicit brew was destroyed by both police and the public.

He appealed to them to continue with the spirit and effectively combat such illegal activities.

The operation came shortly after the monthly community work, Umuganda conducted in the area.

Fighting drug abuse is among the Rwanda National Police priorities.