Police rescues woman in a pit-latrine 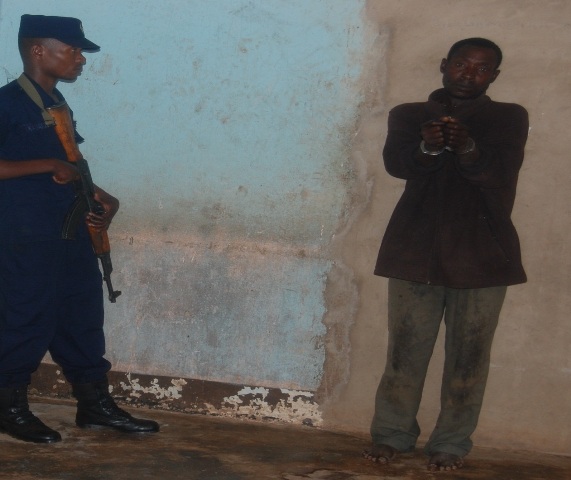 Police in Gisagara District in Southern Province has rescued a 51 years old woman from a pit-latrine. The woman is a resident of Bukinanyana cell, Musha sector.

The Police Spokesperson for the Southern Province, Chief Superintendent (CSP)Hubert Gashagaza, said the woman was rescued five days after her husband threw him in the pit.

The victim told Police the husband stalked her as she went to ease herself and aggressively pushed her into the latrine. “Our latrine wasn’t covered, I immediately feel inside it.”

CSP Gashagaza, said the suspect attempted to kill his wife after she demanded for child support for their nine years old. The woman had denied her husband conjugal rights as a bargain chip. “He kept on insisting, but I denied and he decided to kill me.”

The suspect is detained at Gikonko Police station for further investigation whereas the victim is being treated at Gakoma Health Centre.

CSP Gashagaza said the two are reported by neighbours to have been fighting for a long period of time.

He however blames the neighbours for not reporting the dispute to police yet they were aware of this domestic violence.

He appealed to local leaders as well as the community policing to sensitise residents to report such cases to police in time to prevent similar crimes to occur.

Once found guilty, the suspect will be punished by article 28 of the penal code. The article stipulates that an attempt shall be punishable even if the objective is not achieved on account of a circumstance unknown to the offender.

However, article 140 says that attempted murder can also be punishable by life imprisonment.