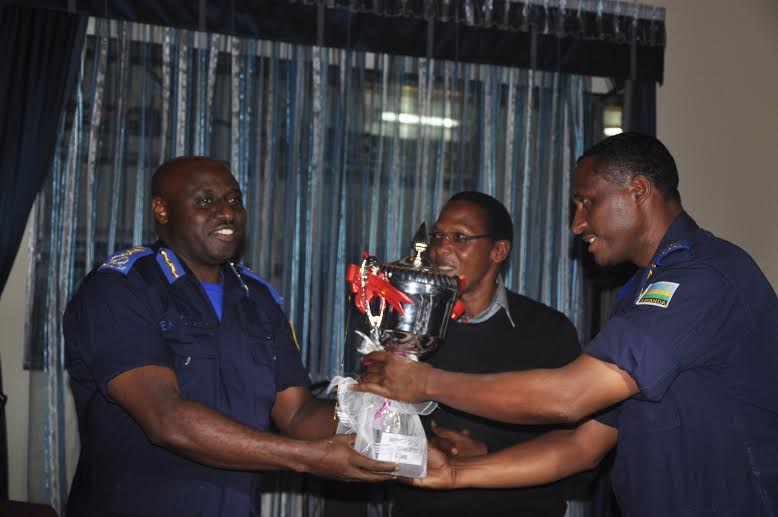 The Inspector General of Police (IGP) Emmanuel K. Gasana met players and management of Police Football Club on Monday and congratulated them upon winning the ‘Ombudsman Cup.’

Police FC lifted the anti-corruption cup and a cash prize of Rwf2.5 million after a 2-1 win over Rayon Sport on Sunday.

He said: “Besides being a socializing event, the game eases the delivery of the message on how to prevent and fight crimes like corruption.”

He pledged more support to further build a competitive team.

The team captain, Jean Bosco Uwacu thanked the institution, the management and teammates for their commitment towards the success of the club.

He partly expressed gratitude for the spirit and zeal showed by players, which he said will help the club win other trophies.