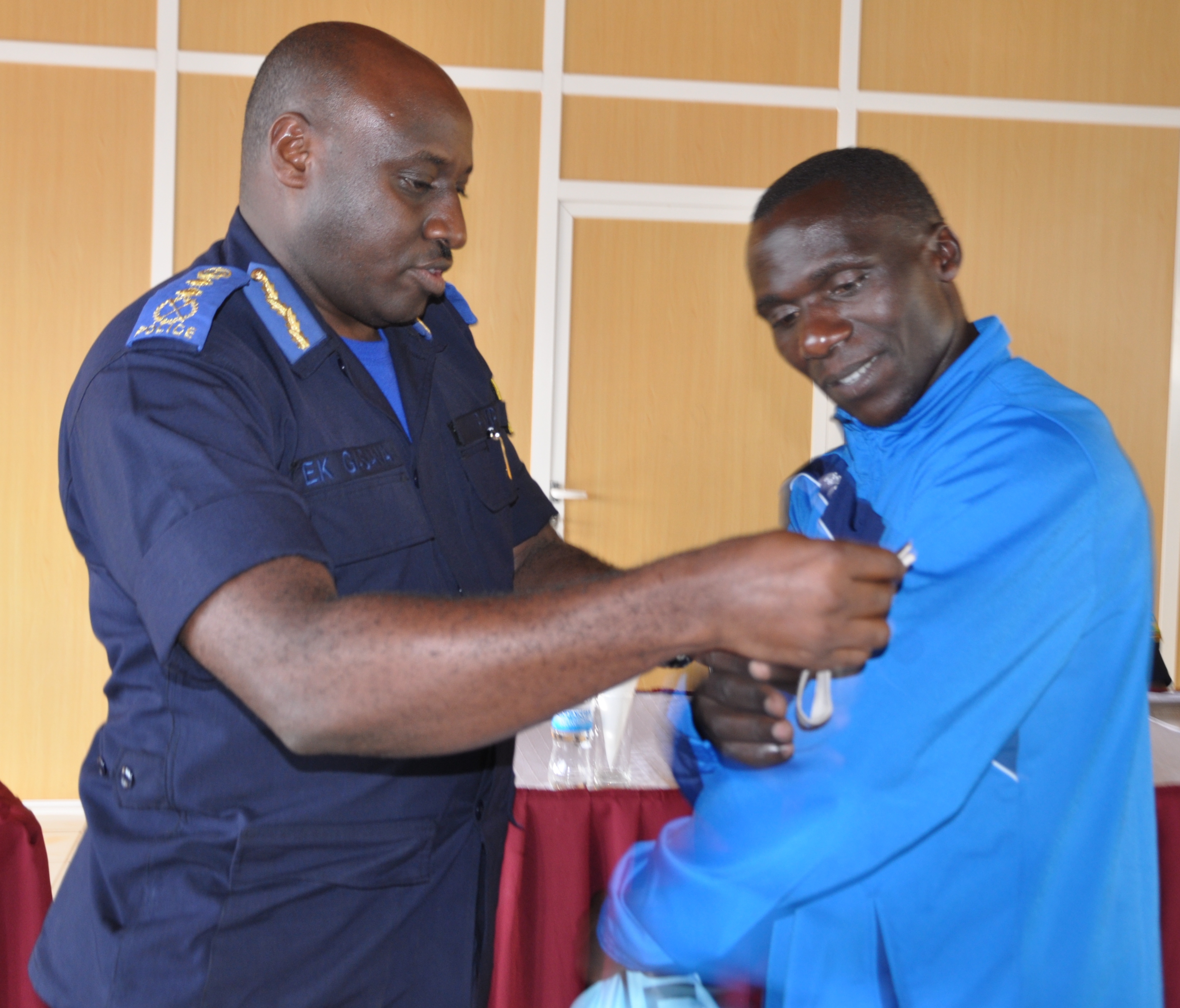 Rwanda National Police have this evening, on September 27, unveiled new players and the entire team that will compete in the next Primus National League season 2013-2014.

The event which took place at Rwanda National Police Headquarters was marked by giving Jersey numbers to players.

The event was also attended by Deputy Inspector General of Police Dan Munyuza and several other Police Senior Officers, journalists as well as Police FC fans.

Speaking at the function, the Inspector General of Police (IGP) Emmanuel K. Gasana said Rwanda National Police wants Police FC to be at the top this season. “We want a winning team, the one that gives pride to the force,” said IGP Gasana.

IGP Gasana pledged that Rwanda National Police will bring down everything possible to ensure that Police FC register good results both in the local football and beyond.

He asked players to work hard towards gaining better performances in every match they will play to ensure that the next Primus National Foot Ball trophy is brought and kept in the Police’s cupboard.

He asked players to make good use of this support to ensure the team wins next season’s trophy. “Police FC finished 2nd last season, this season we got to raise the trophy, Said Col Twahirwa urging players to show much commitment and enthusiasm while at the pitch.

The Ugandan based Police FC coach Sam Simbwa, lauded the function in which players were introduced before RNP’s leadership as well as giving them jersey numbers. “This is a good thing, it has touched my heart and I have no doubt that even players are encouraged. “This is a big motivation to players and think will by all means help the team to enjoy good results in the near future,” said coach Simbwa.

Uwacu Jean Bosco, the team’s captain asked fellow players to make more commitment for the team to get victories either in the country, in the region and beyond.