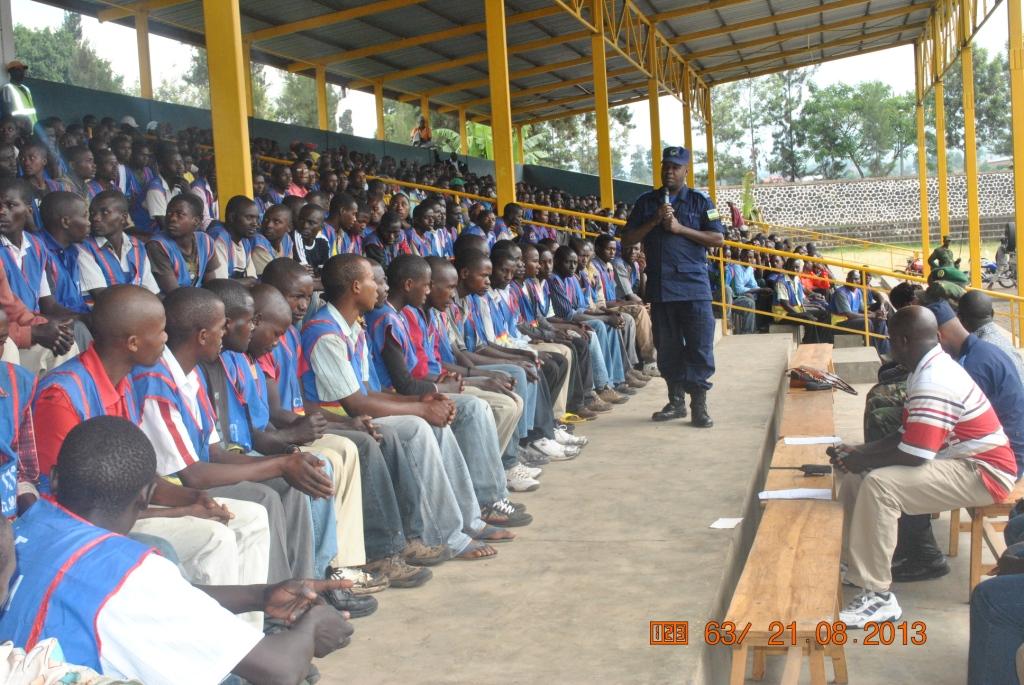 Bicycle taxi operators in Musanze District organized under a cooperative – CVMM – have vowed to stand up against any illegal acts in the area as they join hands with Rwanda National Police and other security services to fight and prevent crimes.

During their meeting with police in the district on Wednesday, the cyclists observed that their voice and efforts in fighting crimes counts much, especially as a group which meet and transport different kinds of people, some who could be engaged in illegal activities.

The meeting which brought together about 3000 members of the cyclists cooperative operating in the district, aimed at preventing road accidents and to ensure their security.

“This meeting was crucial because it has reminded us our responsibility as Rwandans in the government development programmes, and ensuring security is the foundation for the country’s prosperity,” Kazimiri Ngayaberura, the president of CVMM, said.

“Though we are not allowed to search those we are transporting, we need to be vigilant, know the people are luggage we transport,” he added.
Emmanuel Nkurunziza said some of the problems they face include the theft of their bicycles.

At least 95 percent of cooperative members have subscribed to mutuele de santé.

He urged them to respect traffic rules to avoid accidents and avoid riding while drunk, and to give no room for rumours.

He also appealed to them to be watchful not to transport illegal luggage, like drugs.