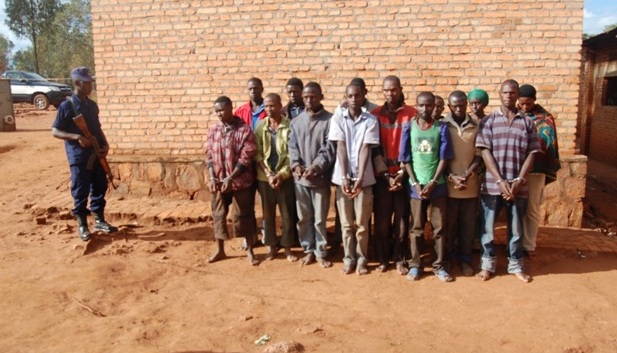 Manasseh Rwiririza, the owner of the garden, told Police the mineral was discovered by men who were making terraces in his garden.

Police was also told the men started coming at night to mine.

The suspects include 10 men, two women and three secondary school students. They are all held at Kibungo Police station awaiting further investigations.

Eastern Region Spokesperson, Senior Superintendent Jean Marie Njangwe said discovering minerals does not give anyone the right to mine them. “It is a national resource, thus one needs authorization to mine.”

Illegal mining is punishable by law. It can be lead up to 12 months in jail and a fine of Rwf3 million to Rwf10 million.