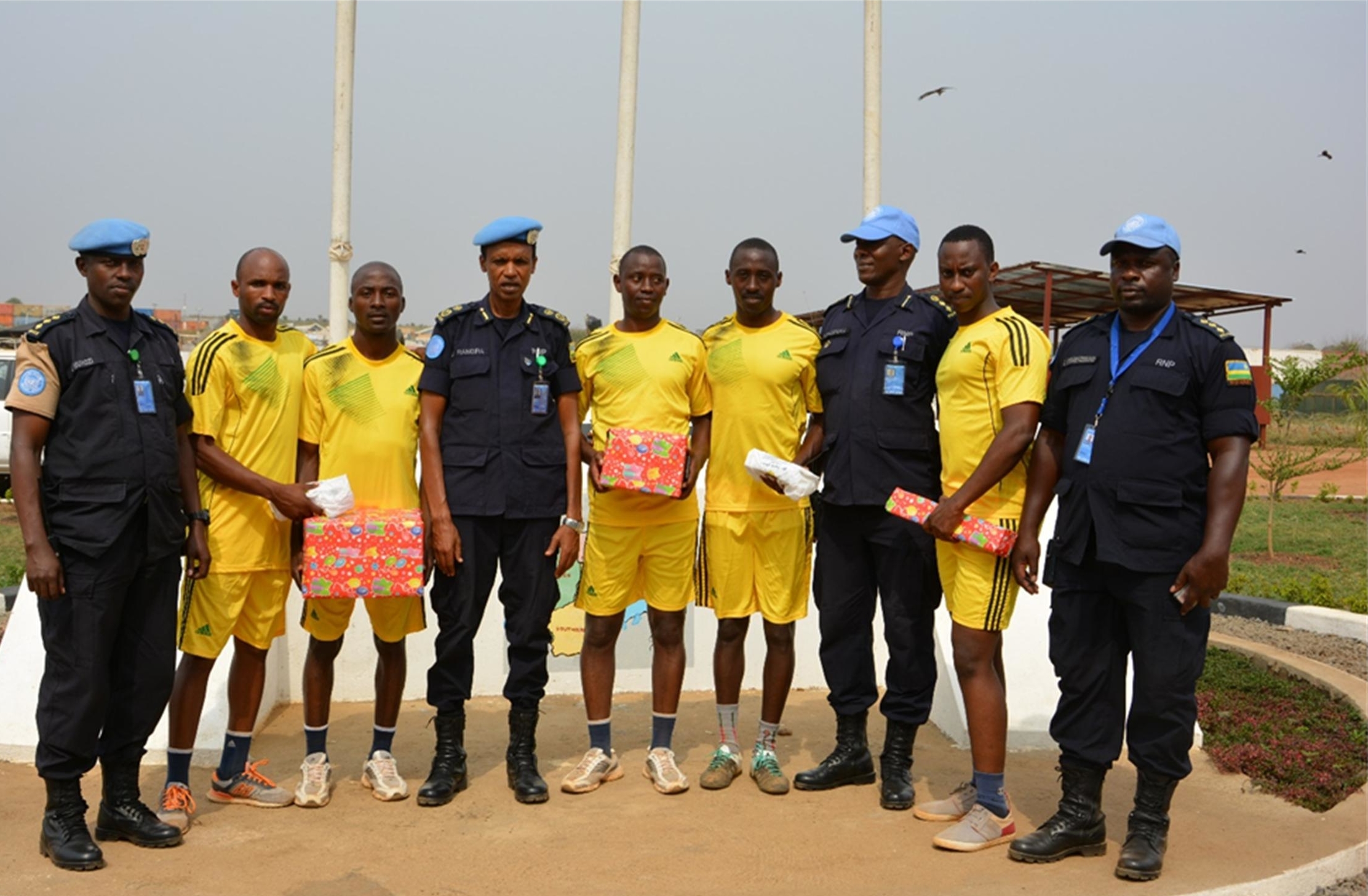 RWAFPU2 participants with their contingent commander after winning the competition.

Five Rwandan Police peacekeepers, who are part of the Rwanda Formed Police Unit (RWAFPU2) deployed in Juba, represented their contingent in the competition organized by United Christians Assembly of Nations (UCAN) to observe its 5th anniversary.

United Christians Assembly of Nations founded in 2013 by Mama Rose Martin-King, a Liberian, as a ‘Christ’s ambassadors’ to impact lives and support the disadvantaged communities.

The founder also works for UNMISS and the Survey and Property Unit.

The Rwandan competitors swept the first four positions of the walk for health competition that attracted more than one hundred participants, who include peacekeepers from different countries and the UN staff. 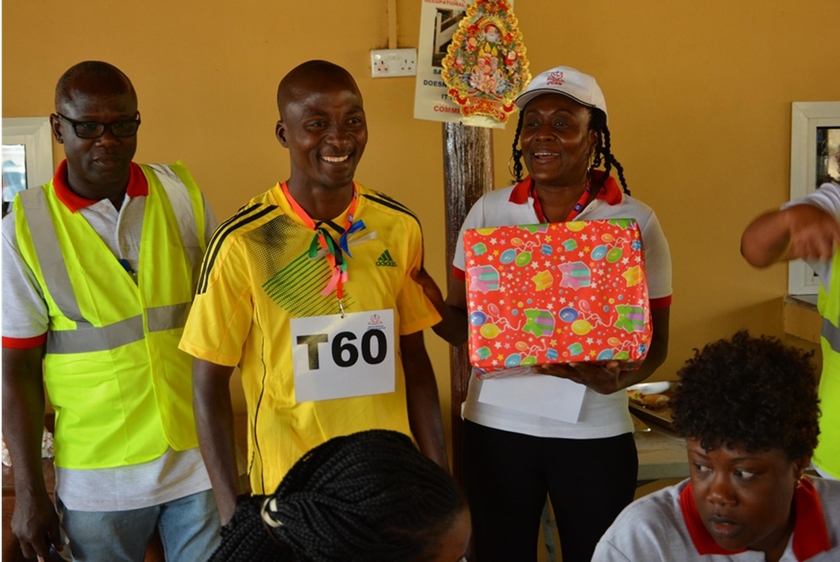 CPL Joseph Imenyabayo receiving his prize from Mama Rose Martin-King as the overall winner of the competition.

The winners were awarded different prizes.

Mama Rose Martin-King thanked all those who took part in the competition, reminding them that “without good health the mission of UNMISS would not be achieved in South Sudan.”

She also congratulated the winners and encouraged everyone to always “run with the vision.”

He reaffirmed Rwandan peacekeepers will keep exercising to maintain their physical fitness, which will enable them to discharge effectively the role of ensuring safety and security of people fleeing for safety and seeking protection in UN camps.