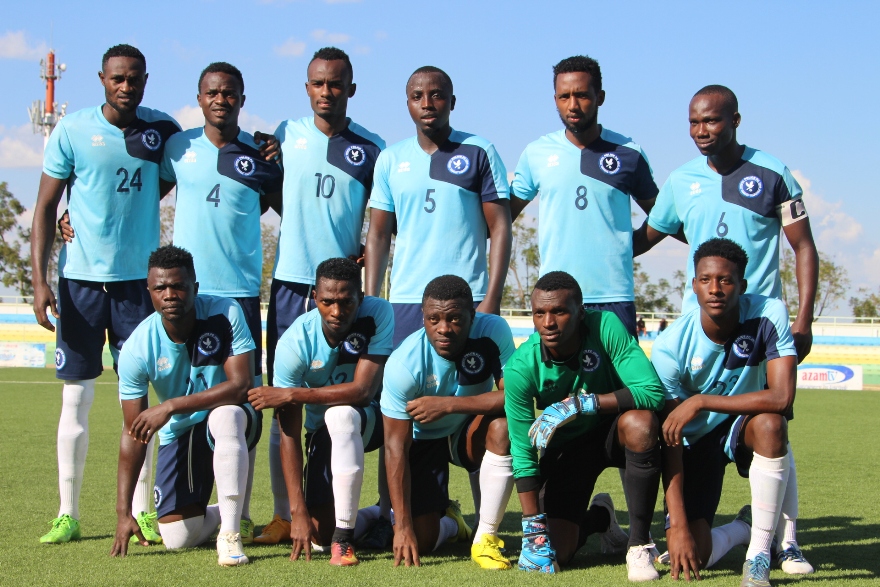 Police Football Club climbed to the second place with a 3-1 win over AS Kigali on Day 29 of Azam National League played Friday.

League top scorer Danny Usengimana grabbed a brace while co-striker Songa Isaie scored once to lead Police FC to second place with 58 points, two above third placed APR, who were due to face the already crowned champions Rayon Sport on Sunday for their game in hand.

All Police goals came in the first half.

Usengimana rebounded into the net Mico Justin's long-range short that came in the sixth minute of the game after AS Kigali gollies Bate Shamiru failed to contain its weight.

When another golden opportunity presented itself in the 29th minute, Isonga wasted no chance to double the lead for the law enforcers.

Usengimana made it 3-0 in the 36 minute to take his league total scored goals to 18 with only one match to play to wind up the season, and most likely to be the top scorer for two consecutive seasons, which will be a set record.

However, Usengimana become the first player to score 18 goals in one league in ten years.

AS Kigali's only consolation came mid-way into the second half through Papy Chimanga.