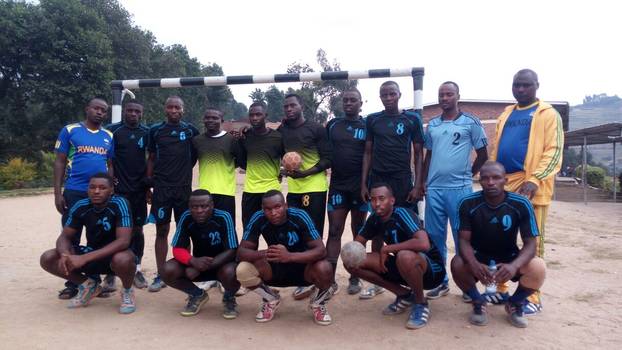 The five time champions trounced  GS St Aloys 31-21 prior to their Sunday encounter with ADEGI Gituza, whom they beat 36-21.

Day 12 and Day 13 match wins stretched their points to 39 maximum points and second on the log, albeit a game in hand, which gives APR a hand to sit on the summit with 40 points.

Police head coach, Assistant Inspector of Police (AIP) Antoine Ntabanganyimana believes that his side can register yet another season to reckon.

"We haven't lost any match in the last three consecutive seasons. Our philosophy for the last three seasons is to win each and every game. So far, we have a game less to play which gives us an upper hand to reclaim the summit," AIP Ntabanganyimana said.

Police's game in hand will be against ES Kigoma.

"We are also in preparation for the Genocide memorial cup which starts in the coming days," he added.

The tournament will bring clubs from he host Rwanda, Uganda, Tanzania , Kenya and Zambia.