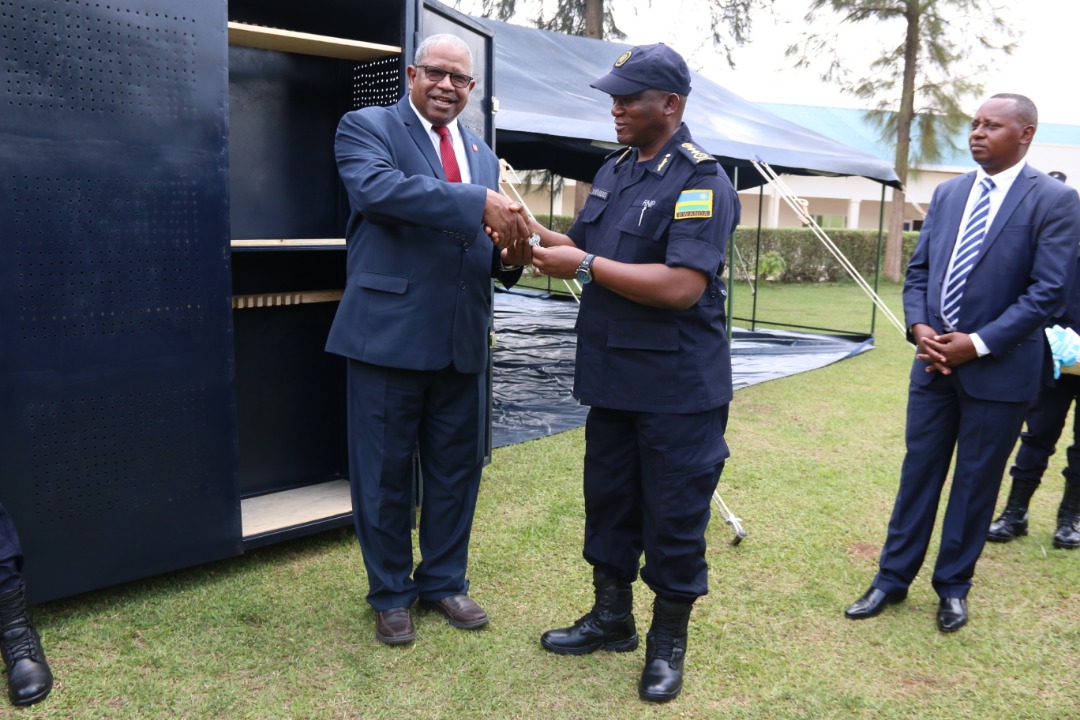 The 105 steel arms boxes and 40 gun racks were handed over to the Deputy Inspector of Police in charge of Administration and Personnel, Juvenal Marizamunda by RECSA Executive Secretary Lt. Gen. Badreldin Elamin Abdelgadir, at an event held at the RNP General Headquarters in Kacyiru.

DIGP Marizamunda observed that illicit proliferation and misuse of small arms and light weapons remain a serious threat to peace, stability and development in the region, continent and across the globe.

The safe storage facilities, he said, will enhance effective physical protection, proper management and control of arms and ammunitions, and help to curb the risks of falling in the hands of wrong individuals and being misused.

So far, RECSA has handed over a total of 255 steel arms boxes, 40 gun racks, two arms marking machines, and a software for firearms management. At least 52 Police officers have also been trained in stockpiles management.

“With the mandate to protect people and their property, Police officers are authorized to carry and use firearms. It is our responsibility as leaders to take all necessary precaution to ensure that their weapons and ammunitions are not lost or don’t fall in hands of wrong or unauthorized people,” DIGP Marizamunda said.

Lt. Gen. Abdelgadir said that RECSA remain committed to its vision of having a safe and secure continent through coordination and collaboration with its partners.

“RESCA is composed of 15 member states, and one of our active members is Rwanda. Rwanda is very collaborative, a reason as to why we are serious to support,” Lt. Gen. Abdelgadir said.

He observed that the “hazards of illicit arms are fueling all the troubles and problems in Africa, and fortunately Africans continue to get the value of stability”

“The value of stability is that it’s the first level, and after that growth and development takes its course. For Rwanda, we are here to support and sustain that level of security and development, and her clean cities,” RECSA executive secretary said.

<-Back To RNP News
<script src="typo3conf/ext/easy_googlemap/Resources/Public/jquery/jquery-2.1.4.min.js?1572