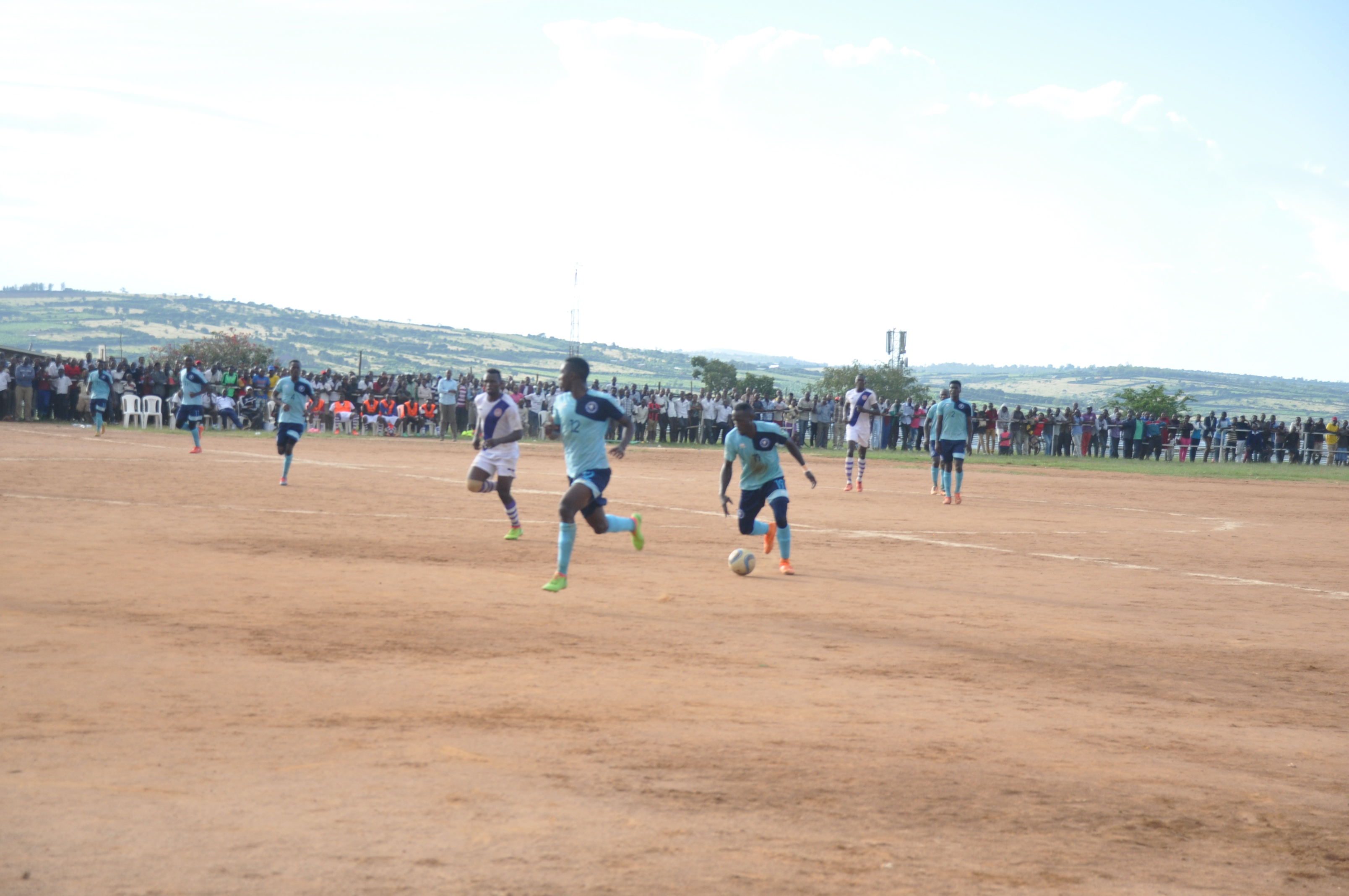 Police Football Club moved within a point behind APR in Azam National Premier League to boost the chances of taking part in next year’s CAF Confederation Cup with a 3-1 win over Sunrise on Friday.

The win took Police to 54 points, one behind APR who have 55 points.

Isaie Songa opened the scores five minutes into the match, but Sunrise scored twice before the break to make it 2-1.

The resilient Police fought back in the second half with goals from Justin Mico and Abed Christophe Biramahire sealing the 15th win of the season for the law enforcers.

Mico’s goals, his 13th in national league, came in the 55th minute after utilizing Nizeyimana Milafa’s pass. Co-striker Biramahire sealed the win five minutes later after sinking a cross from left-back Jean Marie Vianney Muvandimwe, into the net to make it 3-2 and to hang-on to the final whistle.

Police’s chances of qualifying for next year’s CAF Confederation Cup are that they either have to use the three remaining games to take the second place, hoping that the already crowned champions Rayon Sport also wins the Peace Cup, or Police eliminates Rayon Sport in Peace Cup quarterfinals and goes on to win the tournament.

Police’s next task in the national league will be against Espoir on May 23.

<-Back To RNP News
<scri