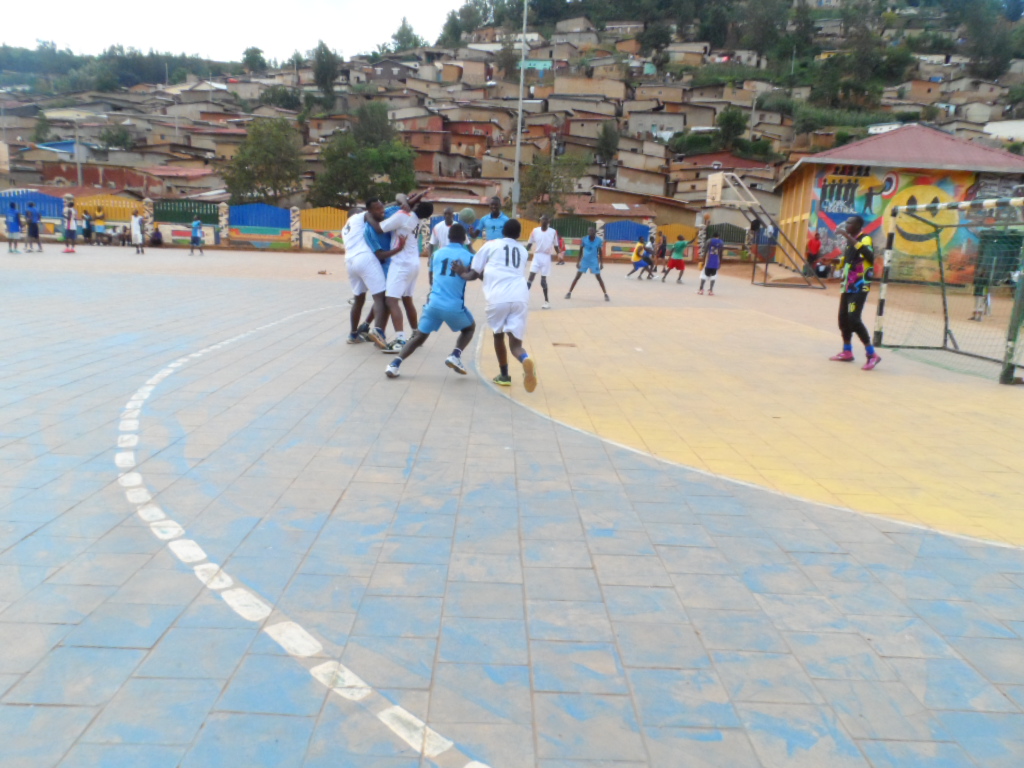 The National Handball League resumed over the weekend as Police beat third-placed Nyakabanda 40-23 to remain in contention of winning their fourth straight league cup.

In a match played Sunday at Kimisagara Youth Centre in Nyarugenge District, Police maintained its unbeaten record for the third successive league season.

Zacharie Tuyishime was the match high scorer netting seven times for the reigning champions while both Mutuyimana Gilbert and Alain Nkengurutse scored six goals each.

With eleven matches so far, the five-time champions increased their tally to 33 maximum points, one point behind APR albeit having played one game less.

The handball league has been in recess for about two weeks.

Police head coach Assistant Inspector of Police (AIP) Antoine Ntabanganyimana said that their target is to win each of the remaining seven games to retain the trophy.

heir next game on Day 12 will be against Groupe Scolaire St. Aloys of Rwamagana on May 27 before going heads-on against ADEGI-GITUZA of Gatsibo the following day on May 28.