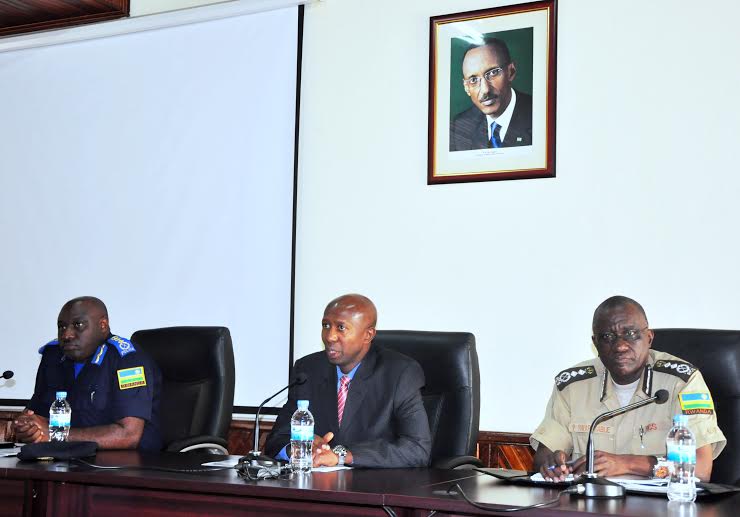 Rwanda National Police (RNP) on Wednesday joined Rwandans to discuss its role in promoting unite and reconciliation in the country under the ongoing ‘Ndi Umunyarwanda’ initiative.

The exercise held at the force’s General Headquarters in Kacyiru was conducted jointly with the Rwanda Correctional Services (RCS).

The Minister of Internal Security, Sheikh Musa Fazil Harelimana, who presided over the launch of the exercise, said this initiative is the basic foundation to restore the identity of Rwandans.

“Everybody, therefore, has to strive for the success of this initiative” the Minister explained.

He also appealed to those who were affected, to have a heart to forgive.

“Rwanda currently is defined by, among others, good governance and this is the chance to reshape our minds and move on,” the IGP said.

“Ndi Umunyarwanda is a remedy to the wounds caused by the bad history that resulted from the 1994 Genocide against the Tutsi. We need to tell the truth, apologise and forgive,” Bishop John Rucyahana, the President of the National Unity and Reconciliation Commission, told the officers.

The exercise included discussions and testimonies from officers RNP and RCS officers.