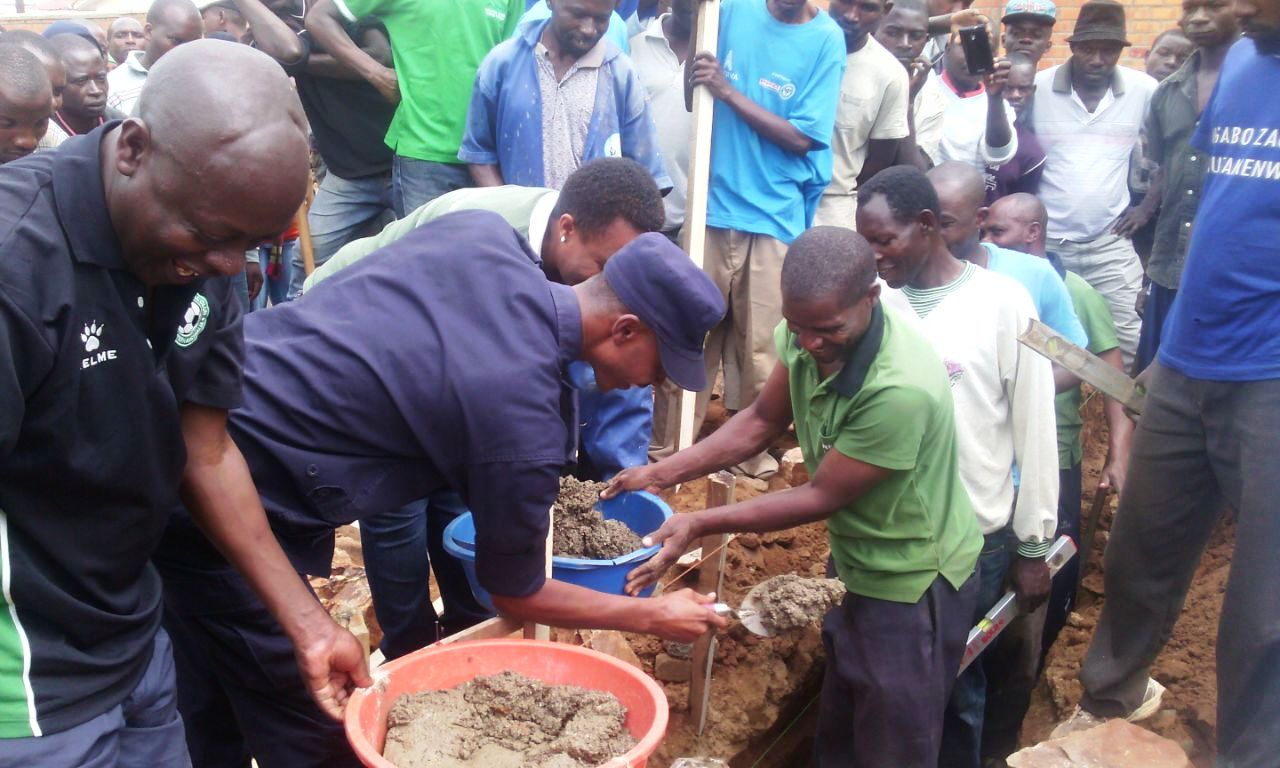 Residents of Kinyinya constructing a police station during Umuganda.

It is a tradition in Rwanda that every last Saturday of the month, Rwandans at all levels join hands together in community development activities, commonly known as Umuganda.

For Kinyinya residents in Gasabo District, they spent the February Umuganda exercise clearing the ground and laying the foundation for the construction of their police station in Bukinanyana Village of Nyagatovu Cell.

Close to 2000 residents took part in the construction activities and recommitted to see it completed and operational before the end of the year.

Although Kinyinya had a police station, residents say they need a new and modern police station that will accommodate and facilitate effective delivery of policing services.

The vice mayor of Gasabo in charge of finance and economic development, Raymond Mberabahizi, during the exercise, lauded the residents for taking the initiative and for their commitment to construct a new and modern police station.

With residents’ support including both financial contribution and manpower, the vice mayor also pledged to support their ideal project in anyway possible.

He said that although the existing police station serves the community, working in a conducive environment with all necessary facilities will improve image and services to the community.

The District Police Commander (DPC), Senior Superintendent of Police (SSP) Valens Muhabwa, thanked the residents for the initiative and said that this shows the involvement of the masses and equally making security a priority.

He said that the police station is a commendable idea adding that community policing and maintaining security manifests in many forms and at every household and community level.

SSP Muhabwa urged them to maintain the spirit and share information on criminals including drug dealers, thieves as well as supporting and strengthening the concepts of neighbourhood watch and night patrols.

Residents of Kinyinya follow in the footsteps of their neighbours of Gacuriro and Gisozi sectors also in Gasabo, and in other parts of the country, who have so far constructed or facelifted police stations to accommodate two separate detention facilities for male and female suspects, offices, mess and residential for officers, among others.