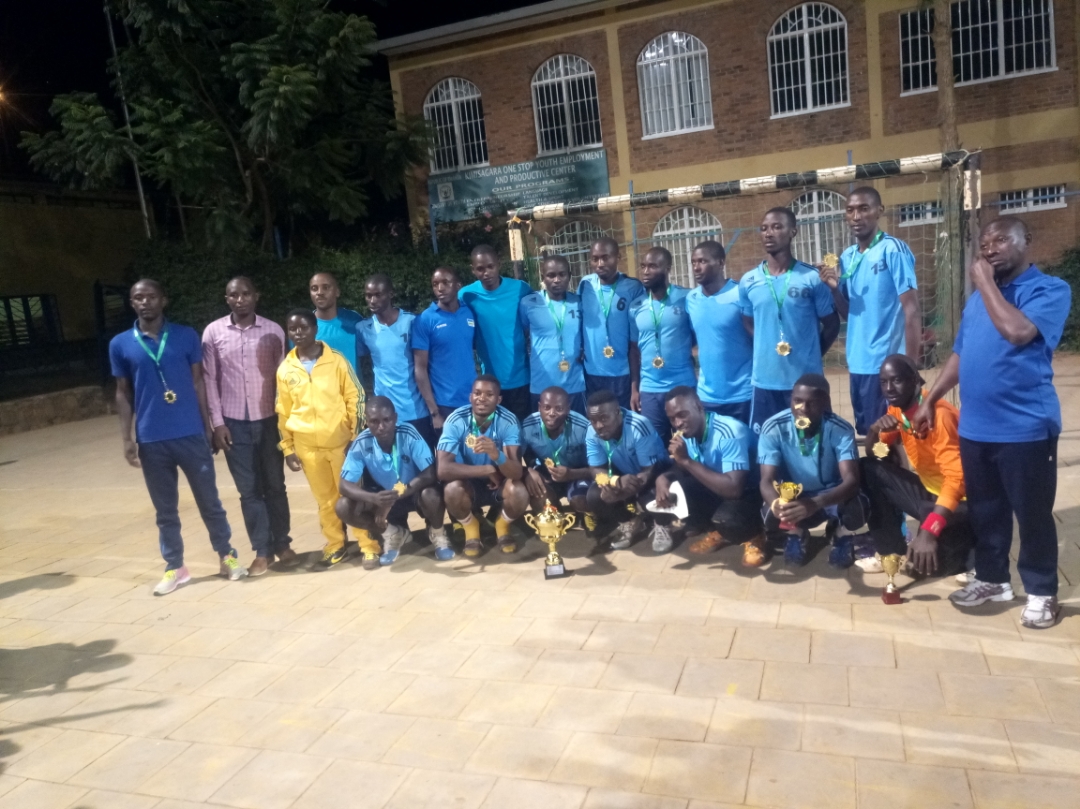 Police Handball Club won the 2018 Genocide Memorial Tournament for the third record time after they outsmarted APR 29-26 in the finals played on Sunday at Kimisagara Youth Centre.

In the build up to the finals, the law enforcers, who came in as defending champions, came on top of their Group A with easy wins over GS Saint Aloys (45-25) and ES Kigoma (36-17).

In the semi-finals, Police eliminated College de Gisenyi 50-27 to set up the final encounter with the usual closest challenger APR, who had knocked out Evergreen of Uganda in the other semi-final match.

APR rose out of Group B that also had Makerere (Uganda) and ADEGI. In Group C which also featured Nyakabanda, Evergreen came on top while College de Gisenyi booked their semi-final ticket against Police as ‘best losers.’

It was a tight final match. Police won the first half with 17-11 goals. Although APR won the second half by 15-12, it wasn’t enough to equal the overall score.

This was the second trophy for Police Handball Club this season after they claimed the Heroes Day Cup in February, again at the hands of APR in the finals.

“When you look at the season performance so far, we are still at the top of the game in all competitions. We won the Heroes Day Cup, we have won the Genocide Memorial Cup and we are still in the lead in the National Handball League,” Turatsinze said.