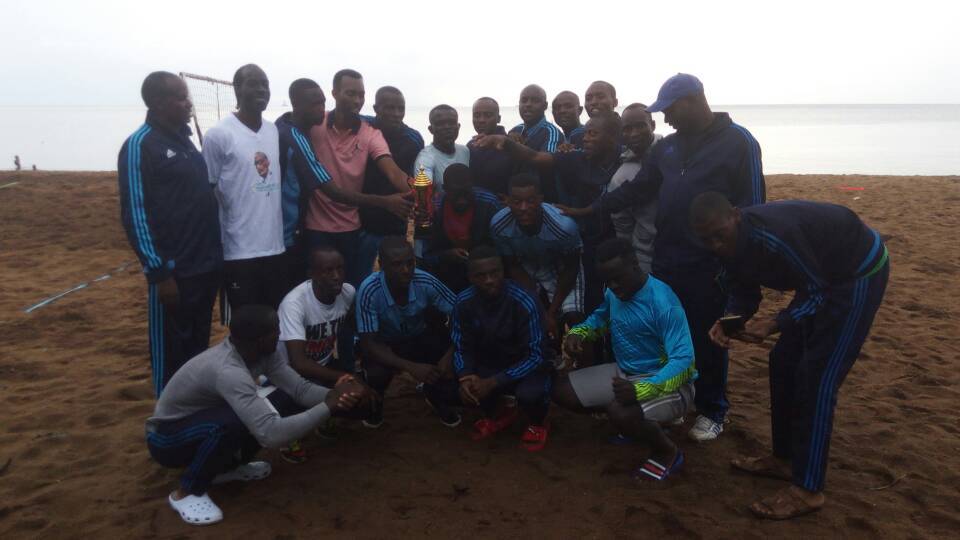 The Rwanda National Police Beach Handball Club added yet another trophy to their cabinet as they won the 2017 league after crushing Stella Maris and  The Winners in a tournament that was held in Rubavu at Kivu Beach.

The unchallenged men’s team won all the games played with the two teams to emerge the win.

The win builds up the Police Handball cabinet with 37 trophies won from different tournaments since it came into existence in 2000. This is also the third beach handball trophy won by the Police team.

The team coach, Assistant Inspector of Police (AIP) Antoine Ntabanganyimana who guided the club to a fruitful victory, said he had no doubt that the club would take the cup as they were well prepared.

“The players have worked hard to ensure that we win the tournament and I am convinced that everyone is really happy of what the team has achieved over the course of the years…  I would like to thank Rwanda National Police for the support they have shown us this year and I take this opportunity to assure you that the club is ready to maintain the winning spirit by lifting even the international competitions,” AIP Ntabanganyimana said.