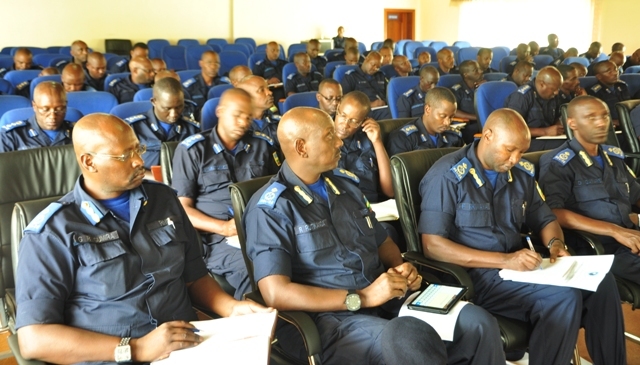 The Rwanda National Police held its ‘Operational Meeting’ on Monday with a call to strengthen the force’s cooperation with the general public to effectively deal with security threats in the country.

Speaking at the meeting held at the Police headquarters in Kacyiru, the Inspector General of Police (IGP), Emmanuel K. Gasana asked the officers to further narrow the Police-Public gap, a strategic way to fight and prevent crimes.

This will enable them to be responsible citizens and provide security in their localities, he added.

The public are police’s major partners in crime prevention. They have been keen in providing information and apprehending wrongdoers such as drug dealers and thieves.

The meeting also reviewed the forces achievements in the last period and challenges.

The officers will also draw new strategies to deal with the challenges.

The IGP reiterated that force discipline is also a fundamental tool that “should characterize every police officer” to ultimately achieve the forces set vision and mission.

Key issues such as the ongoing campaign against corruption in the force were also discussed during the meeting.