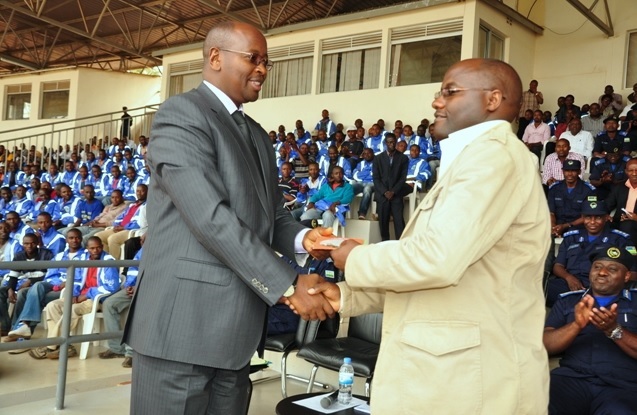 Minister of Local Government, James Musoni hands over a CD containing hygiene message, to a driver. Such messages will be played in public vehicles to promote hygiene in the country (Photo: RNP Media Center)

Following the successful first phase in the hygiene competition in the City of Kigali, Rwanda National Police on Tuesday launched the second hybrid to further promote cleanliness in the city.

The move seeks to influence sectors to strengthen their activities to improve sanitation in the three city districts – Nyarugenge, Gasabo and Kicukiro – under the police campaign of “Keep Kigali Clean and Green.”

The exercise started with the cleaning of Kimironko bus terminal in Gasabo District and giving CDs containing hygiene messages, to drivers of public vehicles.

The CDs are meant to be played in public cars to send the message to all Rwandans. 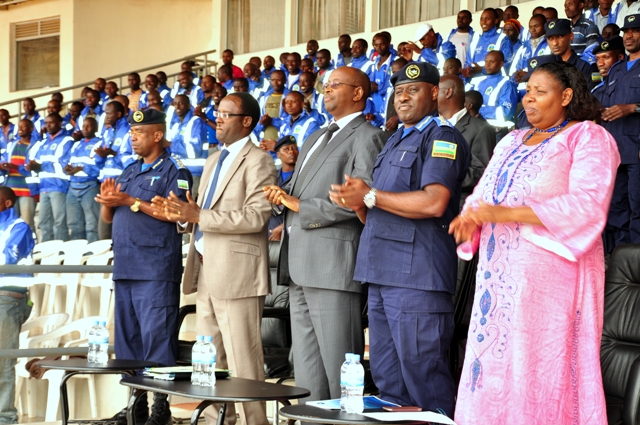 (R-L) The Mayor of Nyarugenge, IGP, Minister of Local Government, Mayor of Kigali and DIGP, at the launch of the second phase of 'Kigali clean and green' campaign. (Photo: RNP Media Center)

The competition brings together 34 sectors in the three districts, in which the winning sector will be awarded a vehicle and the second gets a motorcycle, the Inspector General of Police, Emmanuel K. Gasana, said.

He added that a disciplined motorcycle operator with all the traffic requirements will get a motorcycle.

Others to be awarded are journalists, who will write best articles on hygiene promotion, song and poem composers.

The competition is slated to end in July next year. 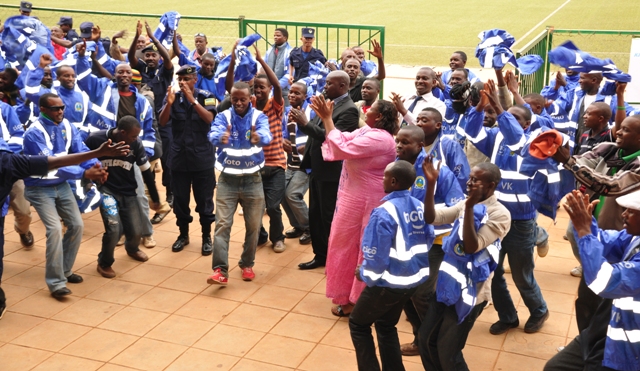 The Mayors of Nyarugenge and Kicukiro join motorcycle operators in a morale-boosting session during the launch of the second phase of the 'Kigali clean and green' campaign (Photo: RNP Media Center)

He said the force conducts such hygienic activities across the country, including during umuganda.

The Minister of Local Government, James Musoni, while officially launching the exercise, said its success requires “ownership of the public.”

He appealed to Kigali residents to own the exercise, take part in community work – Umuganda – and be part of the development the city needs today.

The Mayor of Kigali city, Fidele Ndayisaba said cleanliness in part of the city’s master plan.

He said they have introduced hygiene programmes in schools, delivered once week.

The first phase of the competition saw Kanombe sector of Kicukiro district emerging the winner, and walked away with a motorcycle.

Rwezamenyo Sector in Nyarugenge came second with 85 percent; Gikondo sector in Kicukiro was third with 79 percent while Niboye and Remera sectors from Kicukiro and Gasabo districts respectively shared the fourth spot with 77 percent.