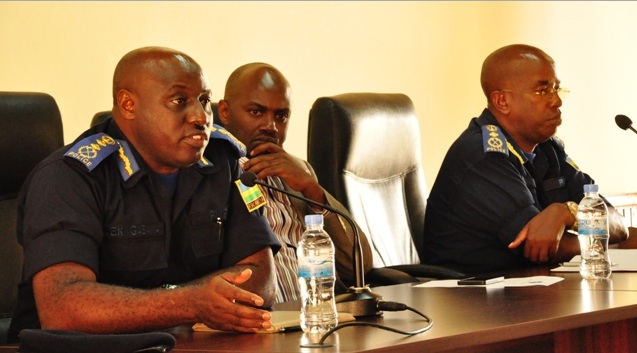 A team of 24 Young Professionals from various universities in Uganda, on Monday visited the Rwanda National Police at its headquarters in Kacyiru to get first hand information on how the force contributes to the development of the country. 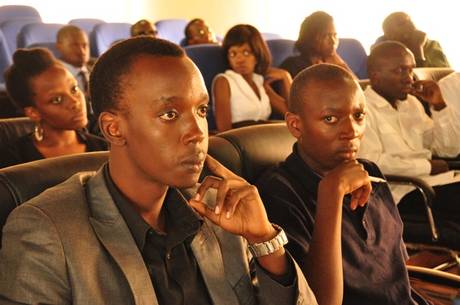 All students are pursuing a degree in Mass Communication.

The students were received by the Inspector General of Police, Emmanuel K. Gasana, who explained to them the core values, mission and vision of the force.

He explained to the young professionals the force’s priorities which include police-public centred policing – community policing – building the force’s capacity and capabilities, international cooperation, welfare, e-policing and fighting corruption.

“We are serious and strong on corruption because it is a threat to security too. Nations have fallen because of corruption,” the IGP stated.

The force established an anti-corruption, unit, Police Disciplinary Unit (PDU) and conducts internal audits, among others, to fight corruption.

The head of the group, Andrew Mwenda said they came to see how Rwanda is “reconstructing a state to ensure that it’s able to serve the interests of the citizens.”

He commended the road traffic-flow controls and smartness of police and military officers.

“In all aspects of Rwandan life, you can clearly see that there is an effort to ensure that public institutions are managed in a manner that is efficient and clean,” Mwenda stated.

“The primary failure of Africa has been a failure of social organization. Africa was not defeated because it has inferior technology. Africa’s failure emanates from the inability to build public institutions and by trace them with public policies that can ensure that their systems and processes are done in a routine manner to produce the same outcome,” he said.

He added: “Rwanda is the first post-independence state in Africa after Botswana to build public policies and political institutions that can “mediate the relationship between the state and the citizen in an equitable matter.”

He observed that children from peasantry and rich families in Rwanda have equal chances like in acquiring scholarships and health services, which is not the case in some other countries.

“It is purely on the basis of need, no political connection,” he observed.

“Whenever I come to Rwanda, I feel extremely proud that we have a government in Africa that has ensured that even an ordinary citizen has a say,” he noted.

<-Back To RNP News
<script src="typo3conf/ext/easy_googlemap/Resources/Public/jquery/jquery-2.1.4.min.j