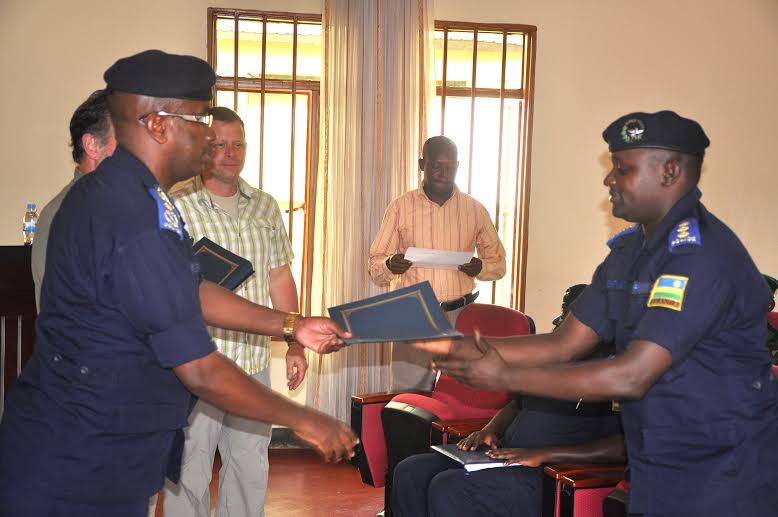 DIGP Stanley Nsabimana giving a certificate to one of the course participants (Photo: RNP Media Center)

The Deputy Inspector General of Police (DIGP), in charge of Administration and Personnel, Stanley Nsabimana, challenged the officers to use the acquired knowledge and skills to fulfil their assignments explosive investigations, among others.

He made the call on Thursday while presiding over the closing of the four day training in Post Bomb Blast investigation course held at the Police Ethics Centre in Kacyiru.

He also thanked the officers for having followed the session attentively.

The course, which included theory and practical lessons aimed at enhancing the officers’ capabilities in investigating explosive-related acts.

Superintendent Vita Hamza, one of the participants thanked both RNP and RDF for organising the course.

“The new package has enlightened our understanding and skills to investigate explosives. We will share the skills with other officers so as to attain sustainable security and ensure that criminals are brought to justice,” SP Hamza said.

<-Back To RNP News
<script