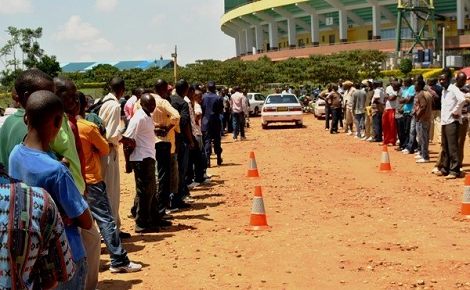 Driving licence tests in driving schools which kick-off on January 6 in Kigali will continue to the Northern Province and candidates are called upon to keep time and come with all the required particulars for both provisional and practical tests.

"Provisional and practical driving tests in driving schools started on Monday. We will now continue to the Northern region and the districts of Rubavu and Nyabihu from the Western region," Supt. Jean Marie Vianney Ndushabandi, the spokesperson of the Traffic and Road Safety department, said.

"From there, we will go to the Southern region and other parts of the Western and end in the Eastern region," he added.

He appealed to candidates not to forget their particulars like photocopy of identity card, old driving licence for those seeking category and code.

"Candidates should keep times and avoid cheating or sitting for someone else because it's illegal and the consequences are severe," he warned.