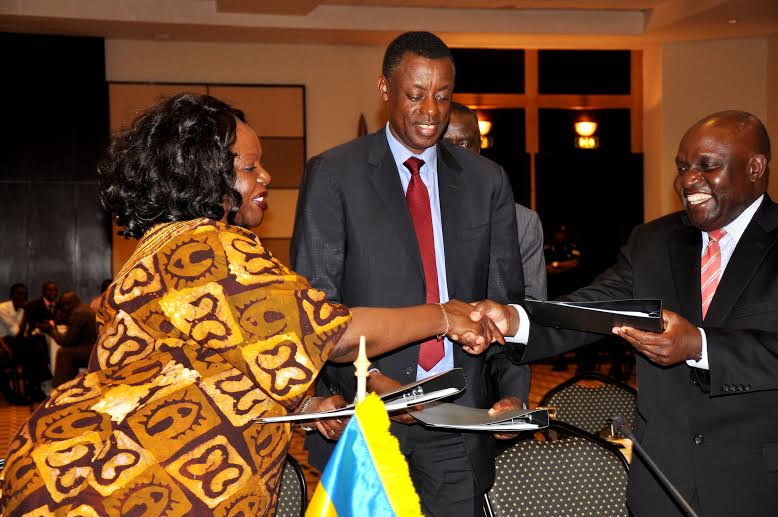 The ministers of defence and internal security from Rwanda, Uganda and Kenya signed a defence and peace and security pacts on Wednesday to tackle security threats in the region jointly.

The signing was presided over by the ministers of defence and internal security/affairs and attended by Chiefs of Defence Staffs (CDSs) and Inspector Generals of Police (IGPs) among others.

Rwanda’s minister of Defence, James Kabarebe, while presiding over the closure of the three-day tripartite meeting on defence and security, said the region has experienced security threats such as wars, terrorism, and in case of Rwanda, the 1994 Genocide against the Tutsi, which requires cooperation and coordination to deal with such terror groups that are still roaming in the region.

“Today marks an important date, not only for defence and security fraternity in our respective countries, but indeed for our people,” Minister Kabarebe said.

“We need to harmonise our defence and security with foreign affairs policies. Dealing with current global issues requires working together as a region.”

<-Back To RNP News
<script src="typo3conf/ext/easy_goog