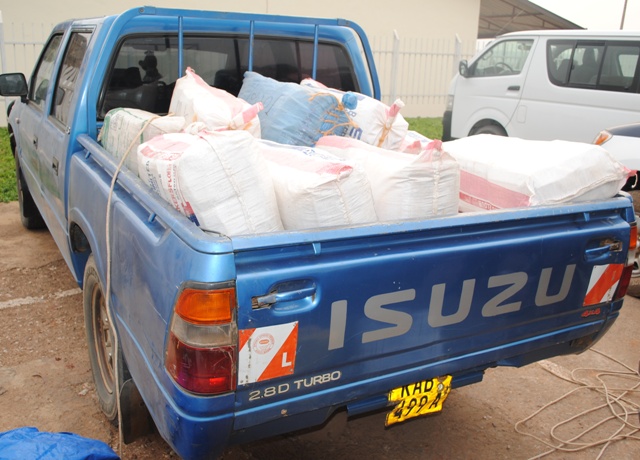 Rwanda National Police intercepted a vehicle with 6840 sachets of an illegal gin – chief waragi – and 20 litres of kanyanga.

The vehicle registration number RAB 499A Isuzu type, which headed to Kigali from Nyagatare, was intercepted in Kiburara cell of Rwembogo sector in Gatsibo District at about 3am.

This followed information provided by the public about the illegal act.

Superintendent Janvier Ntakirutimana, who led the operation, said that the driver refused to stop, when officers stopped him and instead he tried to deviate towards a remote road.

They, however, parked the car in the remote road and escaped.

Efforts to trace them are underway. Three people were on board at the time.

Superintendent Ntakirutimana thanked the population for their continued effort to fight criminal acts by providing information of those involved.

Under article 594 of the penal code, any person, who unlawfully makes, transforms, imports, or sells narcotic drugs within the country, is liable to a sentence of three to five years and a fine of Rwf500, 000 to Rwf5 million.