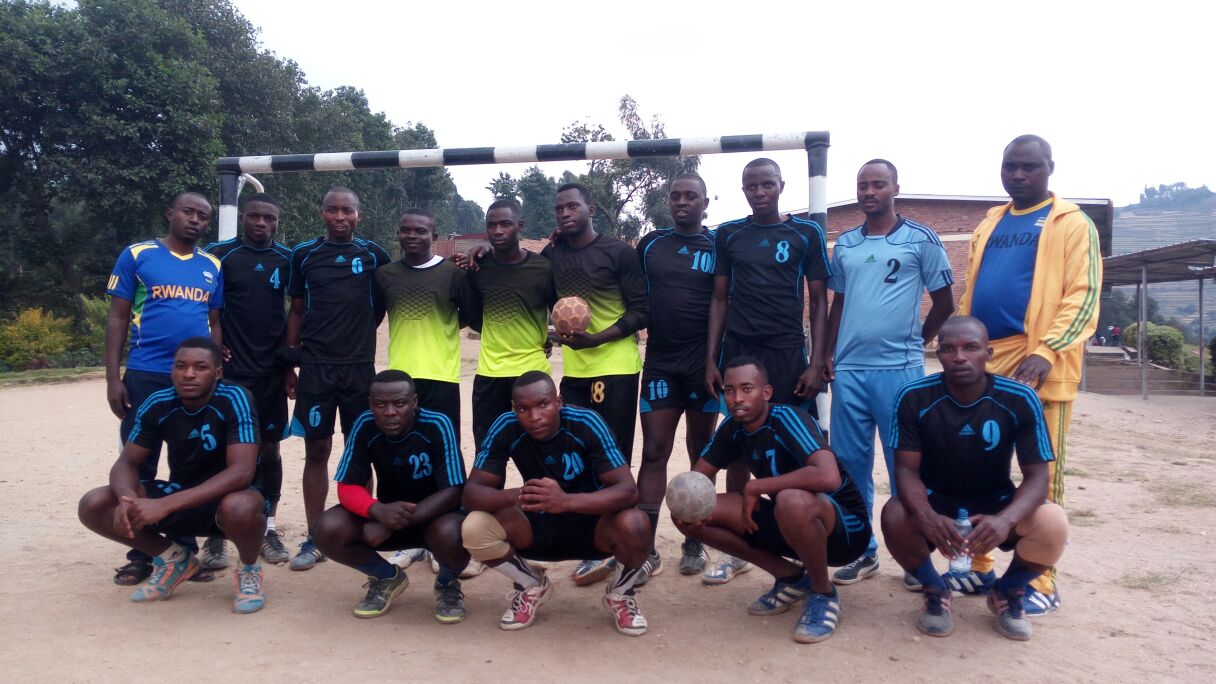 The 2017 National Handball League started on Sunday with the defending champions – Police – displaying yet similar ‘master-class’ to brush aside University of Rwanda-College of Education 52-24 in the opening match played at the latter’s campus in Remera.

This was, however, foreseen basing on the previous encounters as the lads of UR-CE have never beaten the five-time champions in any competition.

Police, who are seeking their fourth consecutive league title, entered the 2017 season with six new players in what they called “bolstering the club for continental competitiveness.”

The law enforcers dominated the entire game scoring 28 goals to nine in the first half before scoring 24 others in the second half.

Although new signing and winger Gaston Kanyandekwe scored four goals, it was the old lads – Norbert Duteteriwacu and Gilbert Mutuyimana, who netted the match individual score with 10 and 9 goals, respectively, each.

“We have prepared well for the new season and we hope to maintain the wining rhythm as we have performed in other seasons,” said Assistant Inspector of Police (AIP) Antoine Ntabanganyimana.

“It is about team work, hard work. We have to prepare ourselves well for each game and the focus now shifts to the next match against UR-College of Arts and Social Science,” he said.

<-Back To RNP News
<script src="typo3conf/ext/site_config/Resources/Public/js/bootstrap.min.js?1572