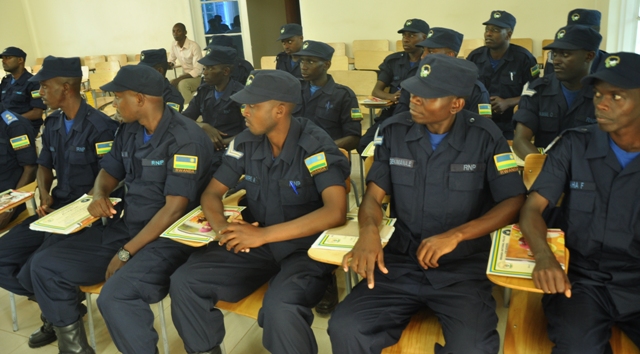 Judicial officers at the closure of the training (Photo: RNP Media Center)

This is the fourth course of its kind, which will benefit all judicial officers across the country.

It aims at equipping the officers with more skills and knowledge to protect and collect more criminal evidences to be used to prosecute suspects.

The Commissioner for Criminal Investigation Department (CID), ACP Théos Badege, during the official closing of the course, urged the trainees to use the acquired skills to accomplish their assignments.

He said there is need to protect and handle with care, evidences from the crime scene to give justice to victims.

“This is to enable you address the public’s concerns of true justice, which is sometimes due to lack of enough evidences,” ACP Badege told the officers.

Chief Superintendent Francis Gahima, the Northern region judicial officer said the “acquired skills will enable us to work scientifically rather than basing on testimonies.”