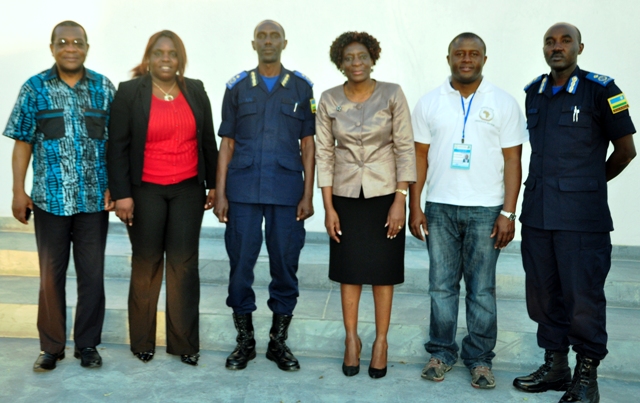 AU election observers in a group photo with the Commissioners for CID and PR&CP (Photo: RNP Media Center)

A team of four African Union (AU) election observers, on Saturday, paid a courtesy call to the Rwanda National Police (RNP) general headquarters in Kacyiru where they were brief on the force’s role in the parliamentary electoral process.

They briefed them on how security will be maintained at the polling stations and how RNP works with other stakeholders such as the National Electoral Commission (NEC), to ensure smooth parliamentary polls scheduled to start on Monday.

Others include the force’s standby means to intervene, is case of emergency or landslides that could result from heavy downpour.

The observers thanked RNP’s deployment plans in the electoral process.