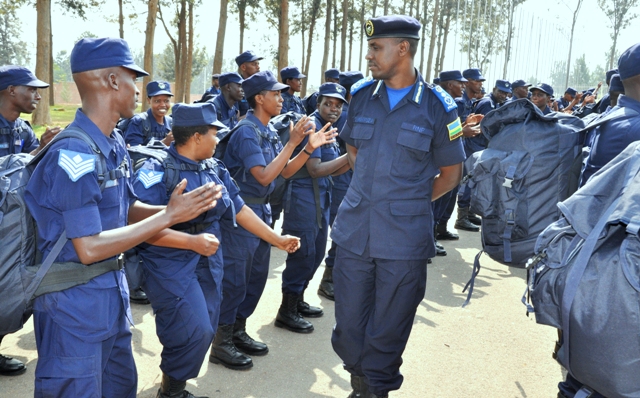 DIGP Dan Munyuza in a morale-boosting session with the officers departing for a peacekeeping pre-deployment exercise in Kenya. (Photo: RNP Media Center)

The Deputy Inspector General of Police (DIGP) in charge of Operations, Dan Munyuza on Thursday briefed a contingent of 125 police officers set to depart to Nairobi-Kenya for a two-week peacekeeping pre-deployment course.

The contingent organized under the Formed Police Unit (FPU) is led by Senior Superintendent Jacqueline Urujeni.

The officers include 73 females.

DIGP appealed to the officers to uphold discipline and stick to the institution’s core values and be good ambassadors for their country and the force in particular,.

He further urged them to be focused and work hard noting to overcome the mission challenges.

“You are going for a challenging training and in a foreign country, which requires commitment and hard work,” he observed, urging them to be role models during their spell on the course.