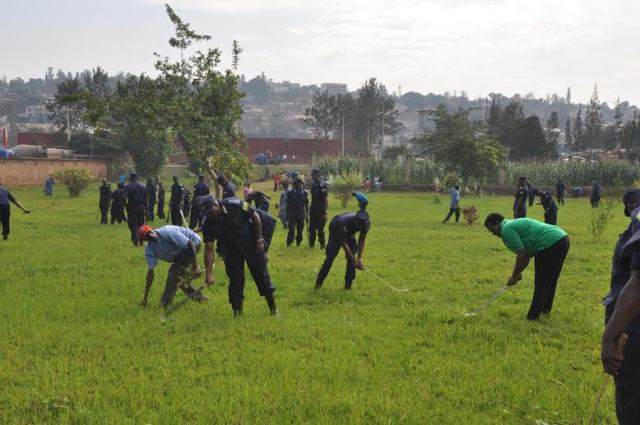 In Nyarugenge, Rose Rwabuhihi, the Chief Gender Monitor said gender violence is "another form of insecurity."

The Inspector General of Police, Emmanuel K. Gasana siad 30 women were killed this year due to gender violence.
He said fighting gender violence is a must, but added that its success requires every Rwandan to stand up jointly against it.

He appealed to Rwandans to use the avilable facilities such as police toll-free lines to report gender related crimes.
The free lines include 3512, 112 and 116.

Jeanne d 'Arc Kanakuze of Pro-Femme Twese Hamwe also reiterated that partnership of all public and private institutions and the general community is critical if the vice is to be combated.