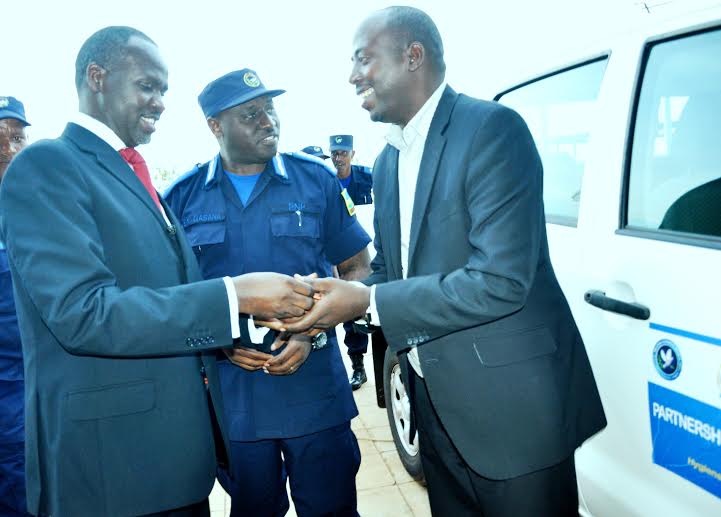 Kimihurura sector of Gasabo won the second phase of the campaign to promote ‘hygiene and security’ in the City of Kigali which ended on Friday, and walked away with a pick-up (double cabin) courtesy of Rwanda National Police (RNP).

The campaign, which is a brain by Rwanda National Police and the City of Kigali in conjunction with One-UN-Rwanda, was launched in July.

Mugabo was working for someone else as a motorist.

The competition also saw other players in hygiene and security promotion, who include journalists, songs and poems composers and hygiene cooperatives given varied awards including money.

Kicukiro was also recognized as the overall district that improved in hygiene and security.

The Inspector General of Police, Emmanuel K. Gasana announced that the exercise is a continuous process in which the winner of the third phase, which will end in June 2014, will be given a truck.

“This is just the beginning. Together, we will achieve the best hygiene and security we need give Rwandans a line to better future,” the IGP said.
He asked Rwandans to continue the spirit of sharing information to prevent crimes.

The Minister of Natural Resources, Stanislas Kamanzi, who presided over the occasion thanked Police and the Kigali city for this initiative and lauded One-UN-Rwanda for its continued support in the development of the country.
He said: “Preserving hygiene means preserving security.”

He urged underperforming sectors to put in much effort to ensure safety and hygiene in their localities.

The minister highlighted gas emission and plastic bags and some of the things that needs to be fought at all costs and commended motorcycle operators for revamping their services.

The mayor of Kigali, Fidele Ndayisaba said: “We should endeavor to use the designated walkways and avoid damaging green spaces.”

Lamin Maneh, the One-UN country coordinator recognized the great strides the country has made in the areas of peace, safety and security.

He said that without safety and security, development sectors will suffer setbacks.

He lauded President Paul Kagame for promoting Rwanda as a “model country for Africa” and urged Rwandans to stand by him in the journey to transformation.

He commended Kigali city for being an example of green economic development in Africa and praised Rwanda National Police for its remarkable contribution in making Rwanda a safe place for nationals and foreigners.

<-Back To RNP News
<script s