Save Lives...Don’t Drink and Drive 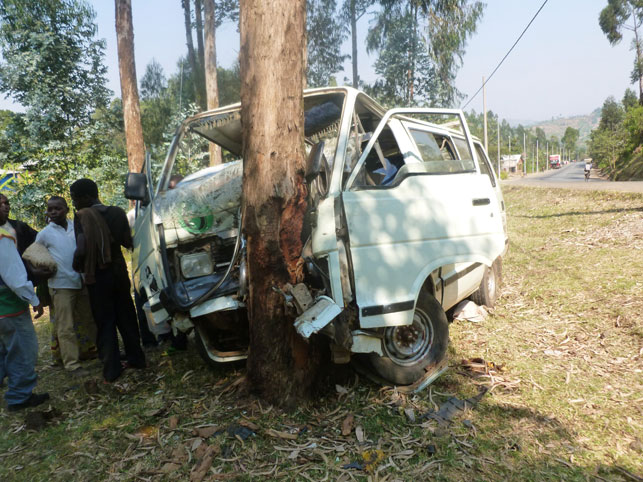 Driving while either intoxicated or drunk is dangerous and drivers with high blood alcohol content or concentration (BAC) are at greatly increased risk of car accidents, highway injuries and vehicular deaths.

Rwanda National Police (RNP) has, over and over, sensitized drivers to forego this dangerous act, as a way of enforcing road safety.

Although the proportion of crashes that are alcohol-related has dropped dramatically in recent decades, following the establishment of several strategies against it such as the use of alcohol tests and increasing the number of roadblocks, especially on highways, there are some drivers who have continued to violate these life-saving calls and rules.

It’s so unfortunate that in spite such calls alcohol-impaired driving still claim lives of our loved ones, and even infrastructure.

Every single injury and death caused by drunk driving is totally preventable.
Normally, when a person is drunk, he or she loses both physical and mental control.

The thinking capacity of such a person becomes too faint enough to think straight, acts unconsciously, which leads to either causing or making others to cause accidents.

Just see how intoxicated people behave and act .Then, imagine what may occur when such a person is driving. Imagine the lives of people in a vehicle driven by such a drunken person.

Drunk-driving is too bloodcurdling, because, just a simple mistake that results from drunkenness, may lead to loss of lives and damage to infrastructures.
As it’s said, “Prevention is better than cure”. For those who cannot resist drunkenness, instead of driving in such a terrible state, it’s better to get someone else to drive them instead of driving to the death-row themselves.

This should be applied to all kinds of automobiles, even motorcycles, regardless of the type and size.

Passengers need also to be responsible not to travel with such drivers and instead report them to police or concerned authorities.