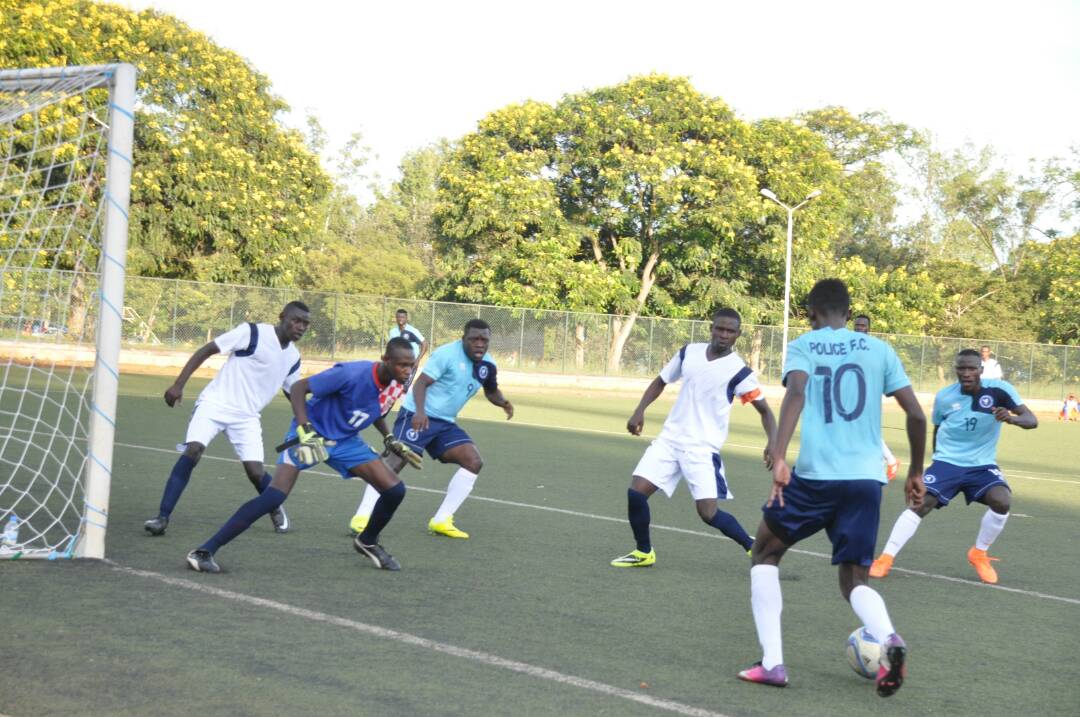 Police Football Club booked their place in the last eight of the 2017 Peace Cup, on Wednesday, after eliminating second division-based United Stars of Muhanga 6-1 on aggregate.

The first leg a fortnight ago ended 1-0 in favour of Police. However, the return leg became a one-team show as the law enforcers winning 5-1 in a game played at Kicukiro stadium.

Striker Danny Usengimana bagged a hat-trick with both Mohamed Mpozembizi and Hegman Ngomirakiza completing the scoreline.

Mpozembizi broke the deadlock in the 14th minute before creating another one six minutes later for Usengimana.

Usengimana made it 3-1 in the 73 minute; Ngomirakiza added another one in the 75 minute before the former completing his hat-trick in the 55 minute.

Police’s next task will be against Gicumbi, who saw off Miroplast.

Police FC head coach; Innocent Seninga expressed satisfaction of his team’s performance, but said there is still a road to climb to the finals, which requires vigorous training and putting a winning spirit.