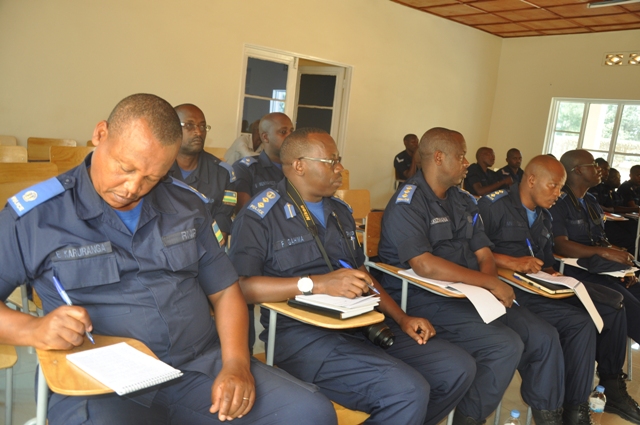 Twenty-six judicial police officers on Monday started a course in crime scene management as a way to give them more skills and knowledge to find more evidence to assist the judicial system in the country.

The five day course held at the Rwanda National Police (RNP) Headquarters in Kacyiru, brings together some of the regional, district and Station Judicial officers.

Superintendent Arcade Mugabo, the Head of CID School, said the officers will be trained on how to take photos at the crime scene and the kind of photos needed.

Others include the sketching process, the types of evidence and how to collect fingerprint and foot marks.

“There no way to convict a suspect if there aren’t tangible, enough and convincing evidences. There is a need to organise this kind of training to provide Judicial Police Officers with skills on crime scene management, so as to collect enough evidence to bring to justice criminals,” Supt. Mugabo said.

This is the fourth course of its kind, and Supt Mugabo said it will benefit all regional, district and station judicial officers.