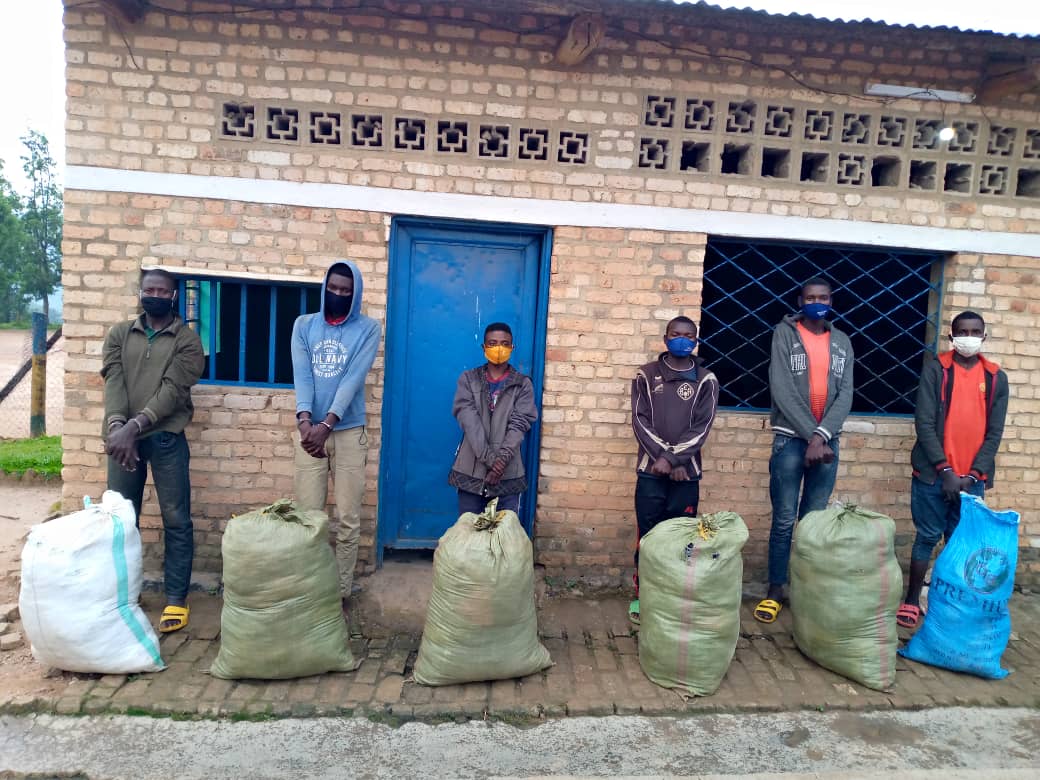 The sacks smuggled into Rwanda from Burundi weighed 145kgs.

Those arrested include one Callixte Kayigire, 36, who had hired four others men to transport the smuggled goods.

Those hired to transport the goods are Gerard Uwihawe, 21, Pascal Muhire, 24, Eliazar Shumbusho, 22 and one only identified as Niyongabo.

The sixth suspect identified as Jean Paul Niyibikora, 24, is a member of the local community night patrol, who was allegedly facilitating the smugglers to beat security.

Superintendent of Police (SP) Theobald Kanamugire, the Police spokesperson for the Southern region, said the smugglers were intercepted at about 10pm in Rutobwe Village, which lies on the borderline with Burundi.

"It is suspected that Kayigire hired the four men to transport the sacks of clothes from the borderline with Burundi in Rutobwe village, where they met other people from Burundi, who brought the clothes," SP Kanamugire said.

He added: "We have since identified that Kayigire was in constant phone contact with Niyibikora guiding them on safer routes to avoid being arrested. However, this hit a dead end because security personnel on patrol intercepted them before reaching their final destination."

Meanwhile, Kayigire disclosed that he was also acting on behalf of one Innocent Hatangimana, the alleged owner of the smuggled clothes, a resident of Muhambara Cell, Cyahinda Sector in Nyaruguru District.

He warned against such acts of smuggling, tax evasion, illegal cross-border and movements in prohibited hours.

The suspects were handed over to RIB at Nyagisozi station.

A taxpayer, who commits fraud, is subject to an administrative fine of one hundred percent (100%) of the evaded tax. With exception to that penalty, the Tax Administration refers the case to the Prosecution service if the taxpayer voluntarily evaded such tax. In case of conviction, the taxpayer can be imprisoned for a period between six (6) months and two (2) years.