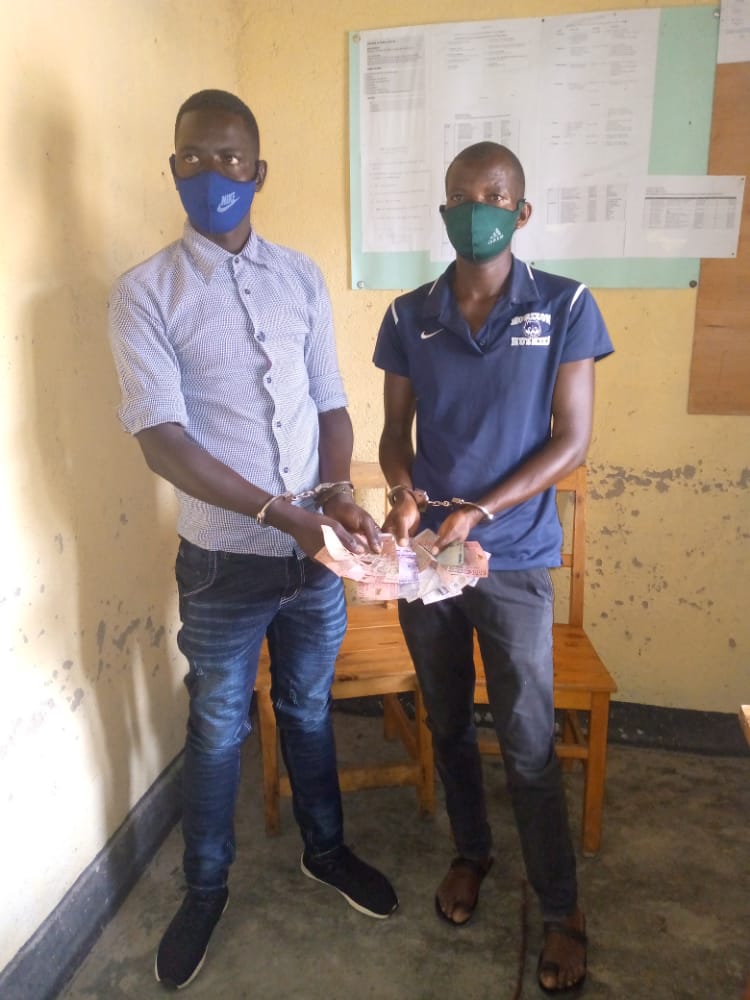 According to Superintendent of Police (SP) Theobald Kanamugire, the Police spokesperson for the Southern region, the bribe was meant to influence the unlawful release of their colleague detained at Ntongwe Police station.

Their colleague identified as Niringiyimana Claude, whom they were trying to bail out had been arrested in connection with drug related crimes.

SP Kanamugire said that earlier that morning, during an operation targeting drug dealers, Police officers caught Niringiyimana at his home with pellets of cannabis.

"On arrival at the Police station, Niringiyimana requested to talk to his family members, he was facilitated with a phone.

Instead, he called Ntirushwamaboko and Masengesho, who showed up later that morning with Frw100, 000, which they tried to give to Police officers at the station so as to release Niringiyimana. The duo was also arrested red-handed handing over the money to Police officer,s" said SP Kanamugire.

Ntirushwamaboko and Masengesho are also suspected to be drug dealers belonging to the same ring with Niringiyimana.

"Ntongwe Police station had received information prior from residents that Ntirushwamaboko and Masengesho had vowed that Niringiyimana would not spend a night in custody and that they would look for Police officers behind the operation, bribe them and secure his release. So, we were aware of the whole criminal plan prior," SP Kanamugire explained.

He warned against such criminal behaviours adding that bribery and corruption in general, is among high impact crimes that law enforcement organs prioritize to fight and prevent.

According to article 4 of the Law on Fighting Against Corruption, it is  stated that any person who offers, solicits, accepts or receives, by any means, an illegal benefit for himself/herself or another person in order to render or omit a service under his or her mandate, commits an offense.

Upon conviction, the offender is liable to imprisonment for a term of more than five years but not more than seven years, with a fine of three to five times the value of the illegal benefit solicited or received.