Rubavu: Two drug dealers arrested with over 1,000 pellets of cannabis 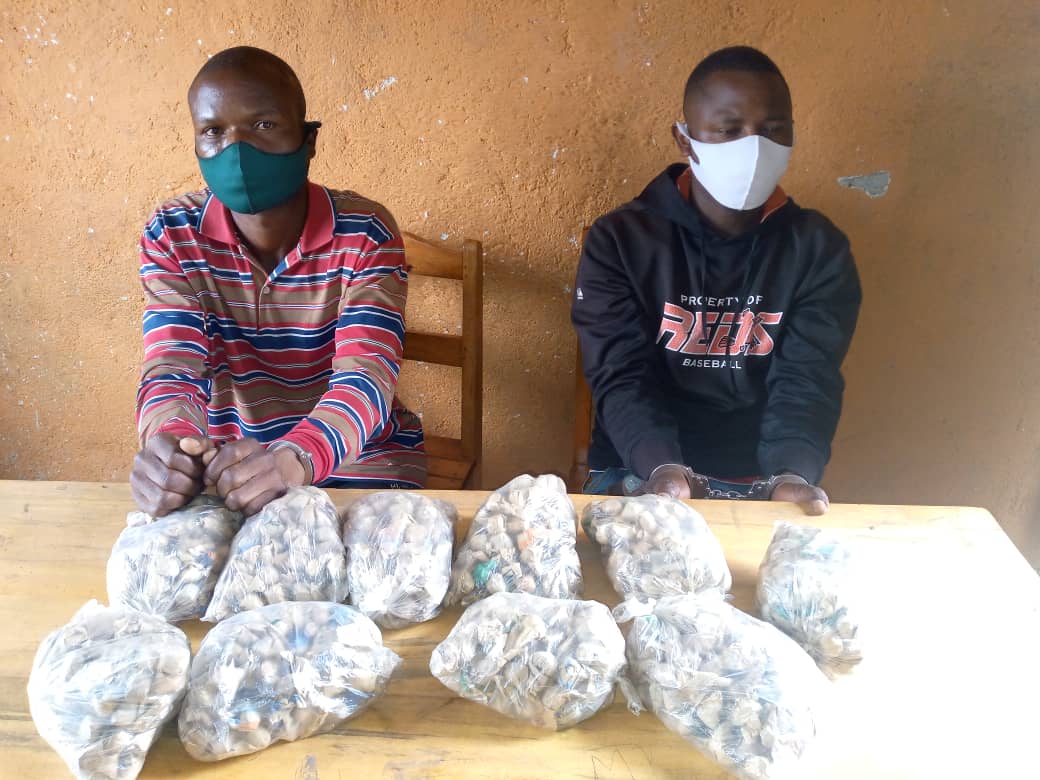 The Rwanda National Police (RNP) Anti-Narcotics Unit (ANU) has arrested two people in Rubavu District in connection with trafficking and distributing narcotic drugs in the country.

The duo of Emmanuel Semagori, 51, and Callixte Twizerimana, 36, was arrested separately in the evening of January 9, in Kabindi Village, Mahoko Cell in Kanama Sector with combined 1,002 rolls of cannabis.

Chief Inspector of Police (CIP) Bonaventure Twizere Karekezi, the Police spokesperson for the Western region, said that ANU had information that the two men were dealing in narcotic drugs.

“On January 9, ANU got information that Twizerimana had brought a new consignment of cannabis. At about 8pm that day, ANU officers went to his home, searched his house and recovered 502 pellets of cannabis, Twizerimana was immediately taken into custody,” CIP Karekezi said.

“Following the arrest of Twizerimana, he disclosed Semagori as his supplier. Police officers continued to Semagori’s house where they also recovered other 500 rolls of cannabis and took him into custody,” he added.

The spokesperson said that Semagori was suspected as one of the big drug suppliers and had escaped arrest during the previous Police operation conducted on October 11, last year, when he was also found with over 100 pellets of cannabis.

CIP Karekezi reminded anyone dealing in narcotics that one successful day will not guarantee that they won’t be arrested tomorrow.

“Although the Police cannot be everywhere, community policing and information sharing with the people is playing a big role in identifying and arresting drug dealers as well as breaking chains of supply.”

The two suspected drug dealers have been handed over to Rwanda Investigation Bureau (RIB) at Kanama station.

The Ministerial Order No. 001/MoH/2019 of 04/03/2019 establishing the list of narcotic drugs and their categorization classifies cannabis among the "very severe drug."

The law determining offences and penalties in general in Rwanda, especially in its article 263, provides an imprisonment of between 20 years and life, for anyone convicted for very severe narcotic drugs and a fine of up to Frw30 million.