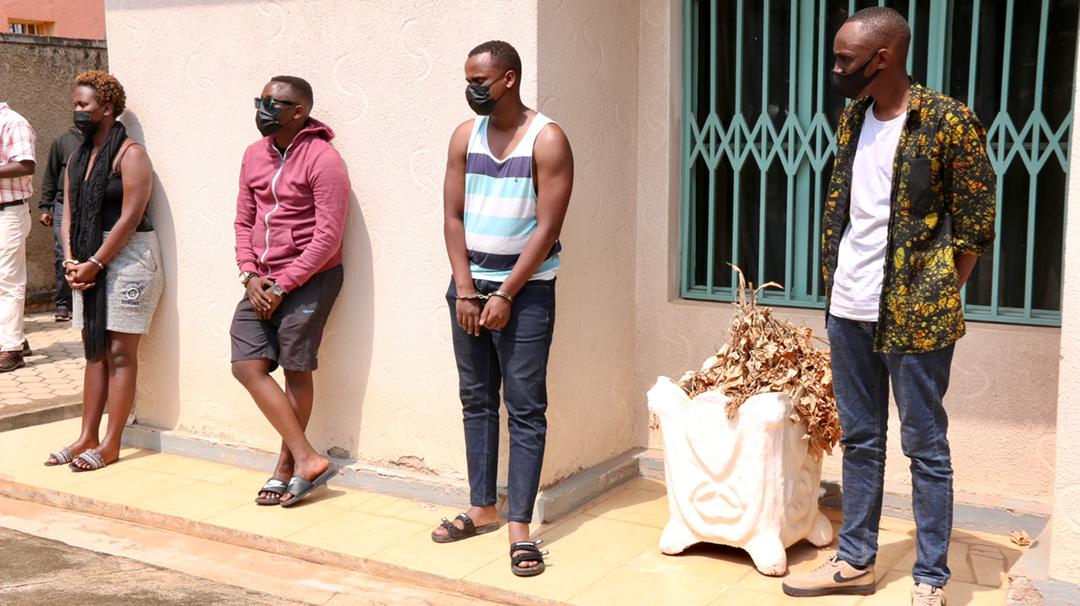 Police and local leaders in Kicukiro District, in the morning of Sunday, January 10, arrested 17 people in Kanserege, Kagarama Sector where they had spent a night in a house party drinking.

Their actions are contrary to the government directives, which among others, prohibits social gatherings as one of the measures to prevent the spread of the COVID-19.

The violators, all youth, came from different parts of Kigali.

The District Executive Administrator for Kicukiro, Solange Umutesi said that the the violations were reported by neighbours.

"Neighbouring residents, who understand the current situation and the directives called local authorities and Police reporting noise pollution. We went there and found the young boys and girls in the house drinking and dancing. Some of them were drunk," Umutesi said.

She added that such young people should be shamed for disregarding the health guidelines at the time when other youth are actively engaged in supporting national efforts against the spread of the pandemic through awareness and enforcement in markets, trading centres, bus stations and terminals.

The District Executive Administrator thanked the residents, who reported the violations.

Rwanda National Police (RNP) spokesperson, Commissioner of Police (CP) John Bosco Kabera said that the house had been turned into a bar.

"Bars are still closed; turning your home into a bar or holding house parties is equally prohibited as one of the ways to prevent the spread of COVID-19.

The Police cannot be everywhere and in every home to enforce the directives but remember that whatever you are doing violating the directives, there are people who will report such inappropriate behaviours and actions, and you will be arrested," CP Kabera warned.

When Police officers arrived at the house, it is said that they were abused by the violators.

CP Kabera said: "There are reports that these violators abused Police officers, who had come to enforce the directives. Abusing the authority is punishable by law and this will be investigated to authenticate the truth. If investigations prove that Police officers were actually abused, the accused will also be prosecuted as the law provides."

He observed that such gatherings bringing people from different places are risky and can be source of COVID-19 spread.

The spokesperson warned the public against such risky practices and advised against unnecesary movement.

The violators will be educated on the health guidelines and other directives, but also fined for the violations.