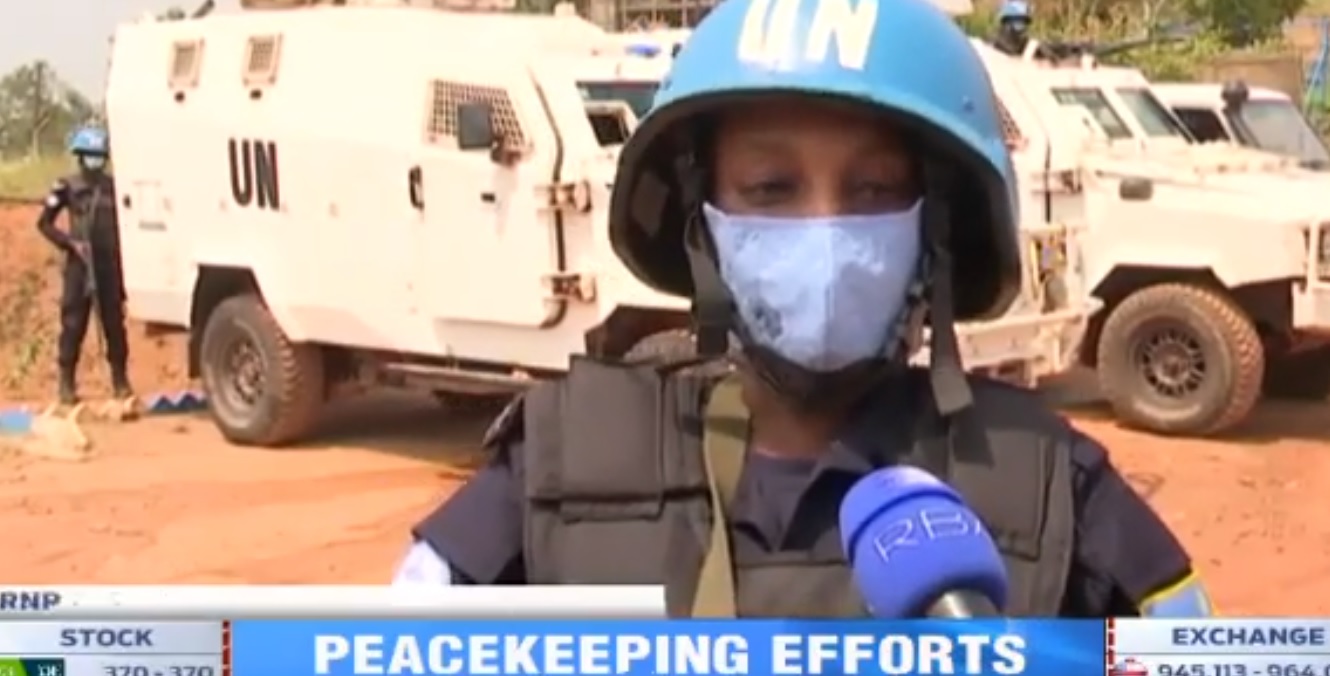 In December 2019, Rwanda Formed Police Unit-One (RWAFPU-1) contingent serving under the UN Multidimensional Integrated Stabilization Mission in the Central African Republic (MINUSCA) developed a project to address the shortage of clean water in the capital Bangui.

The implementation of the MINUSCA funded project worth US$50, 000 was rolled out in July 2020 to construct boreholes in one of the most affected areas of Ngongonon Two, Ngongonon Four and Galabadja Four, all in the 8th Arrondissement.

The clean water project was developed under the mandate of "protection of civilians."

Today, beneficiaries attest to how the project has impacted their lives.

"I thank Rwanda Police for all the good they have been doing for us. Before, we were facing many challenges including shortage of clean water; now we have clean water and this has improved our welfare," said one resident.

Another resident expressed her gratitude to the Rwandan police peacekeepers for their social and human security programmes.

"I am very grateful to Rwanda police because they came to our country to give us peace, but they also do many other social activities that improve our wellbeing. For example, when they arrived, we were experiencing many problems such us lack of clean water, which they gave to us," she said.

Rwandan Police peacekeepers have operated in the capital Bangui since 2014, when the first contingent was deployed under MINUSCA.

FPUs are charged with crowd control, conduct patrols, protection of people in Internally Displaced Camps and escort duties, among others.

The PSU is particularly in charge of security for CAR Prime Minister, MINUSCA Special Representative of the UN Secretary General and other high profile government and UN officials as well as other special duties assigned under Joint Task-Force Command.

"First and foremost, when we are deployed here, we come as ambassadors of our country, families and the UN," said Assistant Commissioner of Police (ACP) Safari Uwimana, the contingent commander of RWAFPU-1.

According to Chief Superintendent of Police (CSP) Valence Muhabwa, the commander of PSU, Rwandan peacekeepers have values that define and guide them.

"We strive for professionalism and always ready for sacrifice where neccesary; we love what we do. Above all, we serve in the name of our country and push to make it proud in all we do wherever we are. That is what helps us to properly fulfill our responsibilities in addition to the training we received," CSP Muhabwa said.

During the December 27, elections in CAR, Rwandan Police peacekeepers were charged with protection of polling stations and election materials.

At least 30 percent of Rwandan peacekeepers around the world are female, including a female-dominated Formed Police Unit (FPU) serving under the UN Mission in South Sudan.

The deployment of female Police officers to peace support operations also reflects how further Rwanda responds to international peace in the implementation of the UN Security Council Resolution 1325 that stressed the important role women can play in peacekeeping and conflict resolution.

According to Chief SGT. Clarisse Uwimana, one of the Rwandan female peacekeepers serving under MINUSCA, Rwanda's deliberate promotion of gender equality has boosted her confidence and abilities as a woman.

"I am proud of that fact and therefore I strive to continue fulfilling the responsibilities I am charged with so that my country can be proud of our comtribution and acheivements as women," said CSGT Uwimana.

SGT Christine Sifa is another female officer deployed under MINUSCA.

"I am a nurse and try my best to perfect my responsibilities to make my country proud and to hoist our national flag high," said Sifa.

The UN resolution calls for more women in decision-making positions, a gender perspective to be “mainstreamed” across peacekeeping, and for more women to participate in field operations as police and as human rights observers.