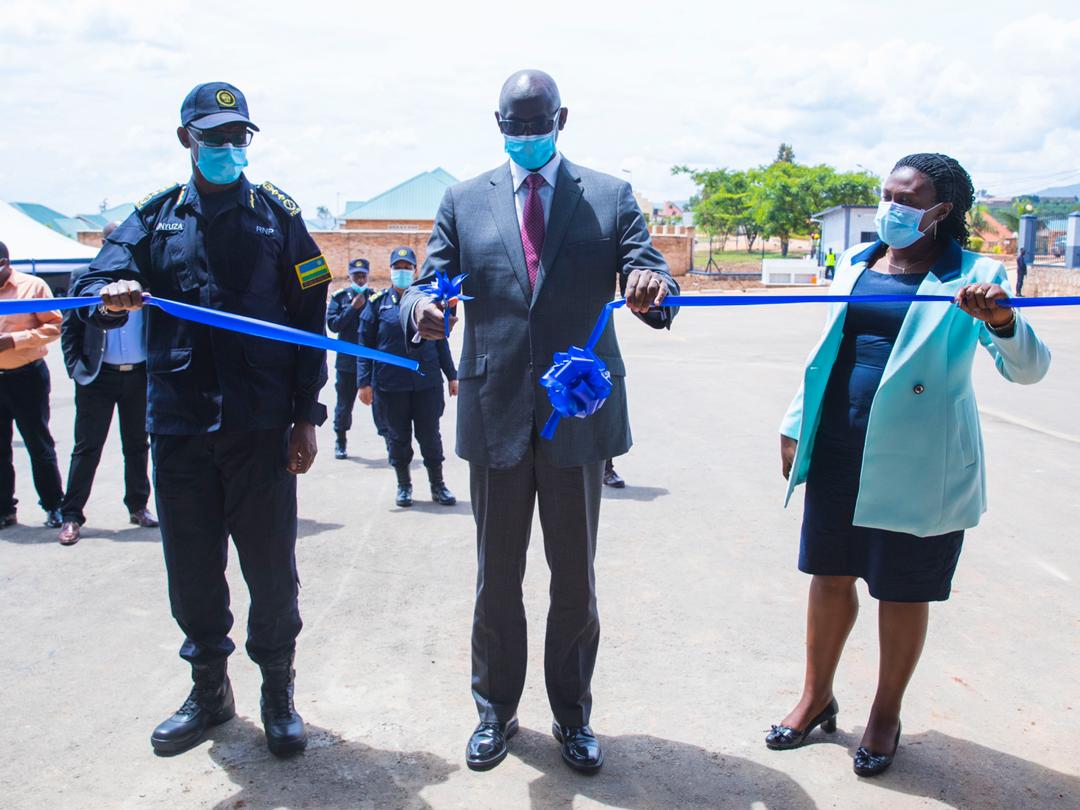 The Minister of Justice and Attorney General, Johnston Busingye cuts the ribbon as the Inspector General of Police (IGP) Dan Munyuza and the Governor of the Southern Province, Alice Kayitesi look on.

Each facility has two fixed lanes with the capacity to inspect at least 200 vehicles per day.

The Minister of Justice and Attorney General, Johnston Busingye, while officially inaugurating the centre in Huye District, said that the facilities pledged by President Paul Kagame reflects the govenment's commitment to further build the capacity of RNP to improve road security. 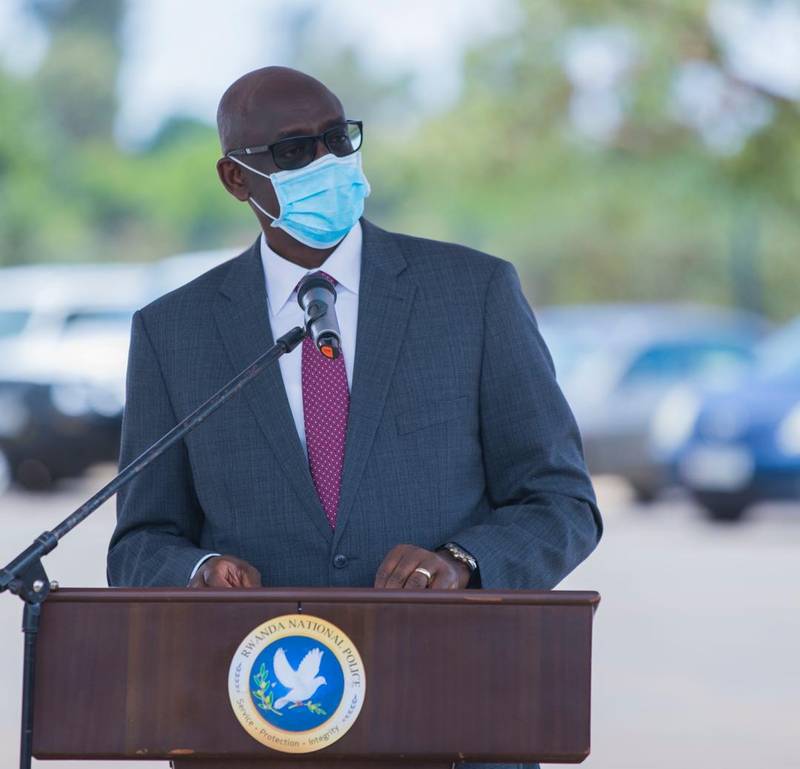 The Minister of Justice and Attorney General, Johnston Busingye delivers his remarks at the event.

The launch in Huye was also graced by the Inspector General of Police (IGP) Dan Munyuza and the Governor of the Southern Province, Alice Kayitesi, among others.

"These facilities were built and completed within 19 months, which is less than 2 years. This is a lesson that even big projects can be completed within the agreed period. We have had cases when some projects are completed after a very long time and under troublesome circumstances.

To public institutions and entrepreneurs, this shows that what was possible here it should be the same with all other projects," Minister Busingye said.

"As the wealth and wellbeing of Rwandans continue to improve, it goes with the increase in the number of automobiles. This centre has come at the right time and it's in line with the country's governance system of taking services closer to the people," he added. 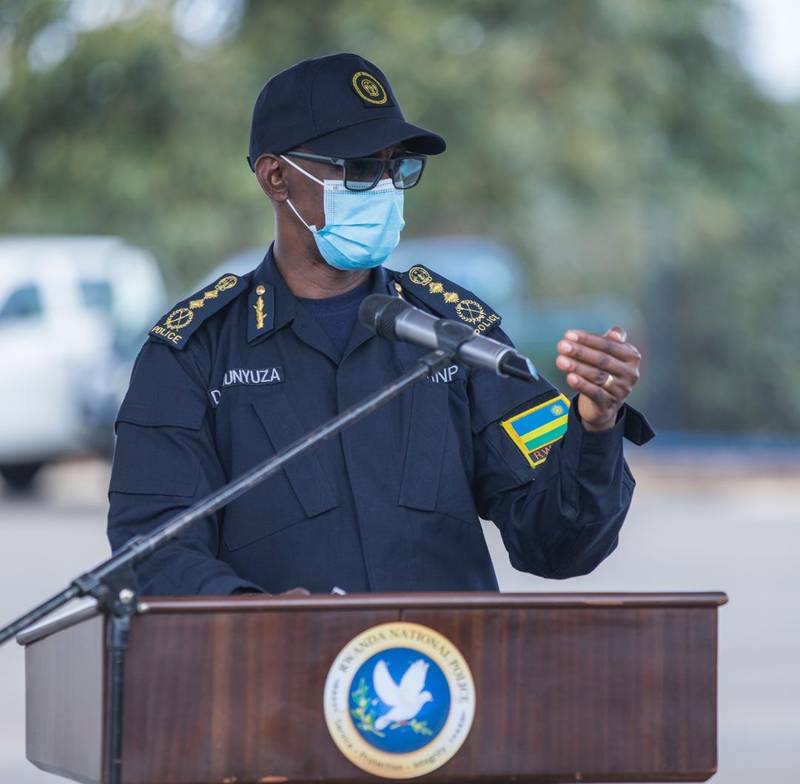 He observed that the transport sector plays a big part in the country's development, which requires having automobiles that are roadworthy.

The Minister urged vehicle owners to be responsive and make good use of the inspection facilities, because having one's vehicle inspected for roadworthiness is important for one's safety on, and not just for fear of the law or penalties.

He reiterated that as such police service resume, the pandemic of COVID-19 is still in our midst and a threat, which requires maximum compliance with the set health and safety guidelines. 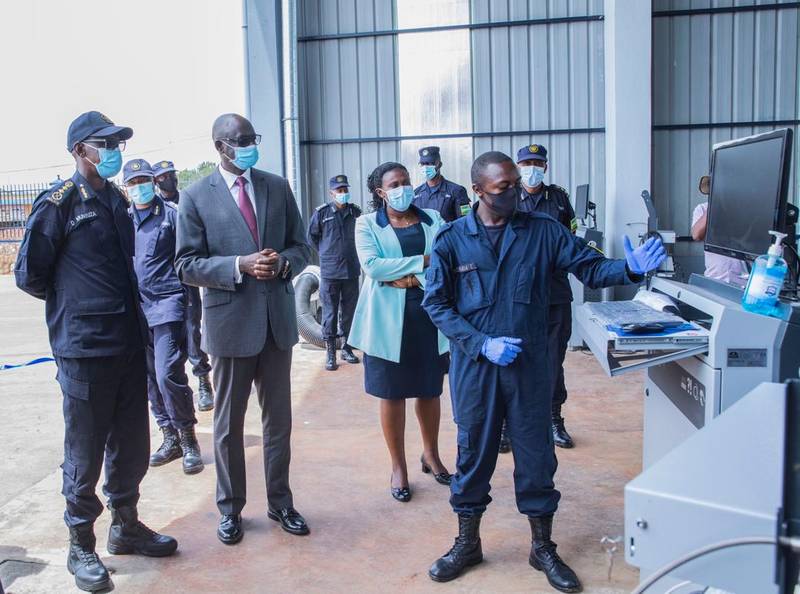 The three new centres will supplement the five fixed lanes at Remera Automobile Inspection Centre in City of Kigali as well as the Mobile lane, which were overbooked and overloaded.

This increases the daily inspection capacity to over 1100 vehicles, up from 500 previously.

"Decentralising these automobile inspection centres is meant to bring services closer to the people, prevent long movements and time that was being spent traveling to Kigali to acquire the same services," the Police Chief said.

He observed that such hi-tech services backed by online booking and payment are playing a big role in fighting corruption in RNP services, as well as saving time that was spent on travels and long lines to get the same services. 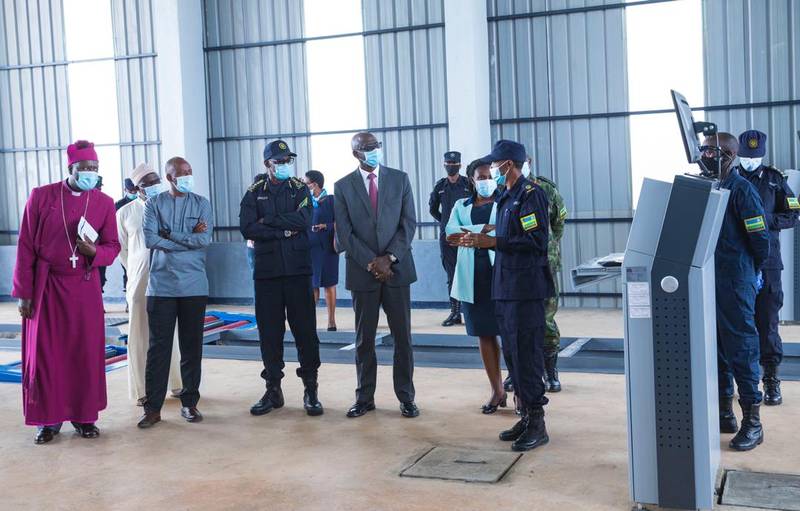 Between January and October this year, a total of 72,520 vehicles have been inspected, with 29,780 of them failing the first inspection due to varied mechanical faults while 1,896 were emitting gas.

In the same period, 3,352 road accidents were registered across the country, including 562 fatalities and 2,077 accidents recorded as serious.

Majority 188 of the fatalities are pedestrians, 152 taxi-moto operators and 106 cyclists, while other motorists account for the rest.

The accidents were mainly due to mechanical faults especially brake failures by trucks, human behaviours including speeding and bad maneuvers. 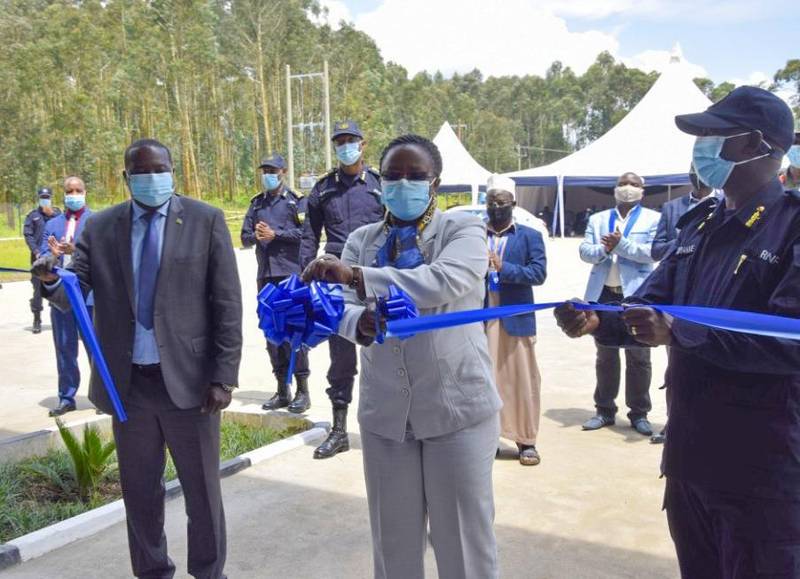 The IGP also hinted on some of the challenges faced by the police in offering automobile inspection services.

"One of the challenges in these automobile inspection services is corruption and fraud especially by people guising as brokers and in some cases working with Police officers to solicit bribes. Anyone caught in these serious criminal actions is handed over to courts of law, whereas in addition to being prosecuted, police  officers involved in such offence are also dismissed from the force," IGP Munyuza said.

In Musanze District, the Minister of Environment Dr. Jeanne d'Arc Mujawamariya, who presided over the launch, emphasized the importance of automobile inspection centres in environmental protection and fighting fuel emissions in particular.

The event in Musanze was also attended by the Governor of the Northern Province, Jean Marie Vianney Gatabazi and the Deputy IGP in Charge of Operations, Felix Namuhoranye. 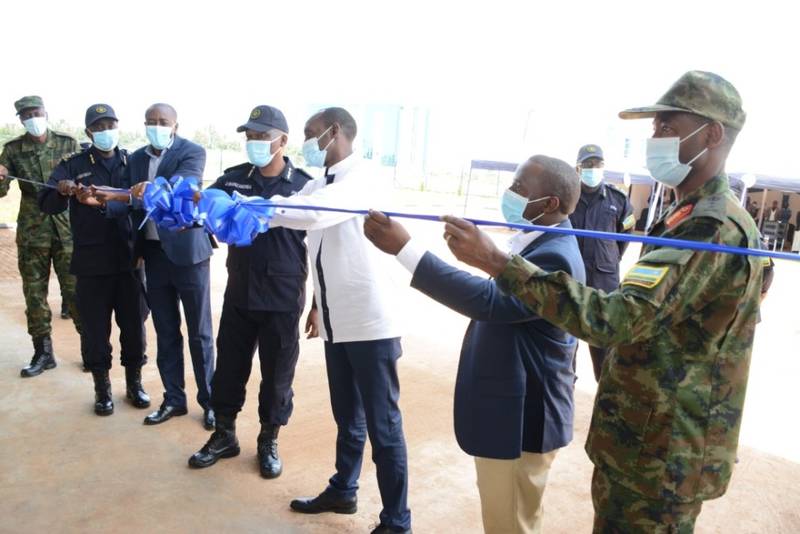 "Automobiles inspection centres will help to identify vehicles that emit harmful gasses, which will be a great support to national environmental protection efforts," Minister Mujawariya said.

In Rwamagana District, the Governor of the Eastern Province, Fred Mufulukye alongside the Deputy IGP in charge of Administration and Personnel, Juvenal Marizamunda presided over the launch.

Vehicle inspection is compulsory under the Presidential Decree No. 85/01 of 02/09/2002 regulating general traffic police and road traffic.