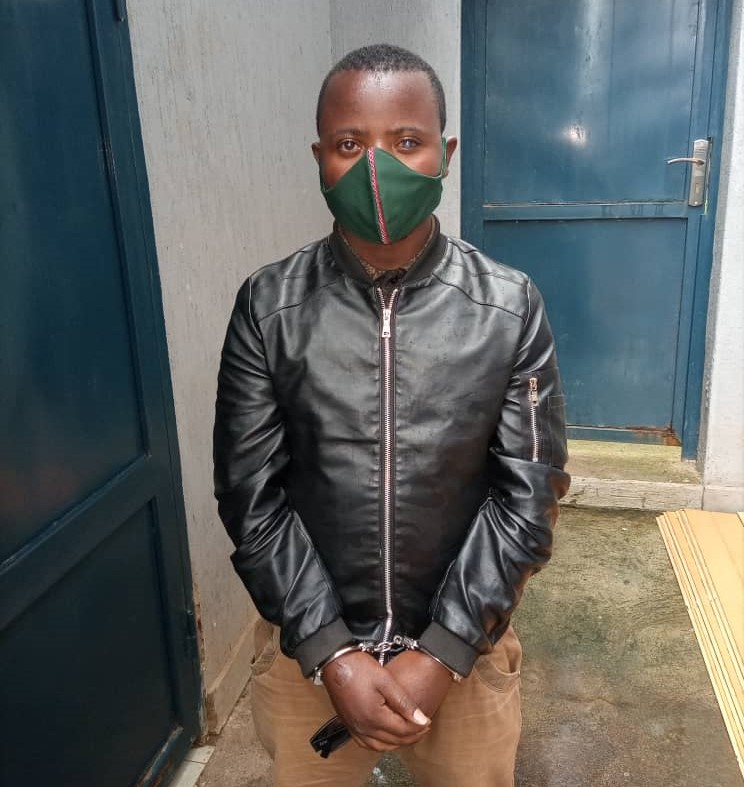 A mobile banking agent in Rurembo Village of Cyanya Cell in Kigabiro Sector, Rwamagana District was arrested on Tuesday, November 17, with counterfeit money amounting to Frw100, 000.

Jean Luc Mutabazi, 28, was arrested after he allegedly duped one of his clients identified as Alphonse Kalisa, 37, with fake bills worth Frw10, 000, in the denominations of Frw5, 000.

The Police spokesperson of the Eastern region, Chief Inspector of Police (CIP) Hamdun Twizeyimana, said that on Tuesday morning, Kalisa withdrew Frw13, 400 from his mobile account to pay water bills.

“Kalisa went to Cogebank branch in Kigabiro to pay the utility bills, but the bank found that two bills in the denominations of Frw5, 000 (Frw10, 000) were counterfeit; Kalisa was contained and the branch management immediate called Police at Kigabiro station,” CIP Twizeyimana said.

He added: “Kalisa disclosed to law enforcement organs that he withdrew the money from the agent—Mutabazi. When law enforcement officers located Mutabazi, they found other Frw90, 000 on him, which he had mixed with other genuine bills amounting to Frw400, 000. He was immediately taken into custody for the alleged financial crime.”

Law enforcement organs are also searching for another person, who allegedly supplied Mutabazi with the fake money the previous day.

The arrest of Mutabazi comes on the heels of increased vigilance, information sharing and operations against individuals who counterfeit or circulate fake currencies.

Article 269 in the law determining offences and penalties in general, says “any person who, fraudulently counterfeits, falsifies or alters coins or bank notes which are legal tender in Rwanda or abroad, notes issued by the Treasury with its stamp or brand, either banknotes or alike that have legal tender in Rwanda or abroad, or one who introduces or issues in Rwanda such effects or notes with knowledge that they are forged or falsified, commits an offence.

Upon conviction, he/she is liable to imprisonment for a term of not less than five (5) years and not more than seven (7) years.”