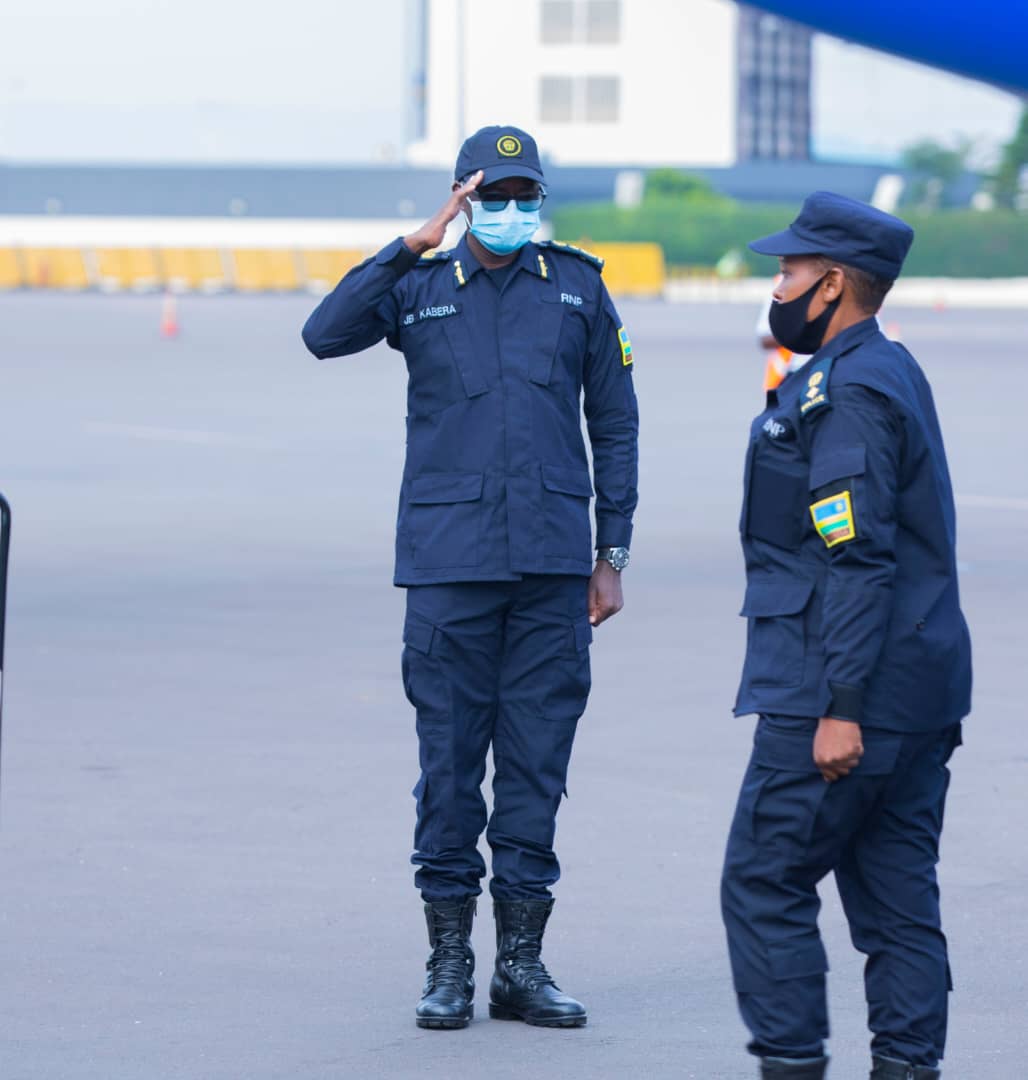 It's the third rotation of the contingent pledged by President Paul Kagame during the UN Leaders’ Summit on Peacekeeping Operations in 2015, following the maiden unit deployed in June 2018.

The newly deployed contingent under Senior Superintendent of Police (SSP) Jeannette Masozera left early in the morning to replace the unit commanded by SSP Jackline Urujeni, which safely returned home later in the afternoon after its 18 months tour-of-duty. 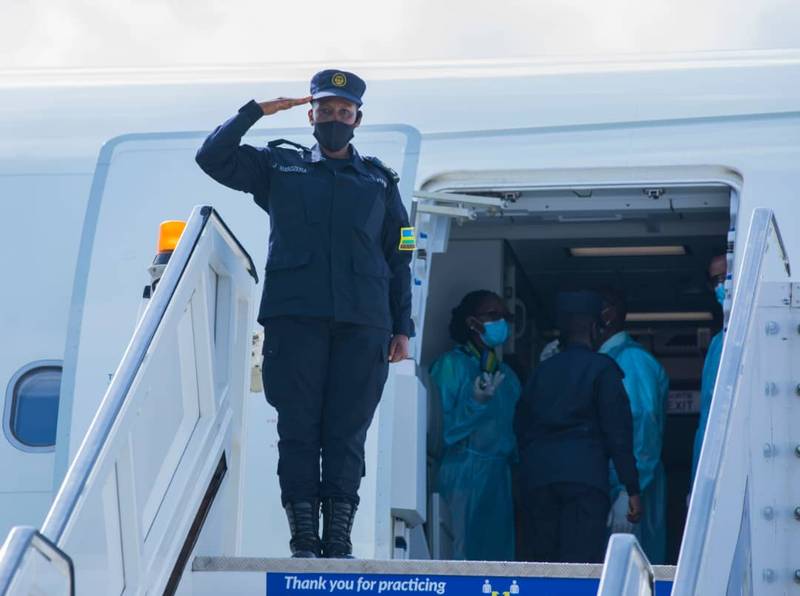 Commissioner of Police (CP) John Bosco Kabera, Commissioner for Public Relations and Media (PRM) presided over the departure and arrival of the rotated contingents at Kigali International Airport, on behalf of RNP leadership.

While welcoming the replaced contingent, CP Kabera thanked them for their "resilience and commitment" to their mandate despite the challenges posed by the pandemic of COVID-19.

"It was a challenging period due to the pandemic, everyone was at the risk of being infected. Nonetheless, this did not prevent you from carrying out your peacekeeping duties. For that, we thank you," CP Kabera told the officers. 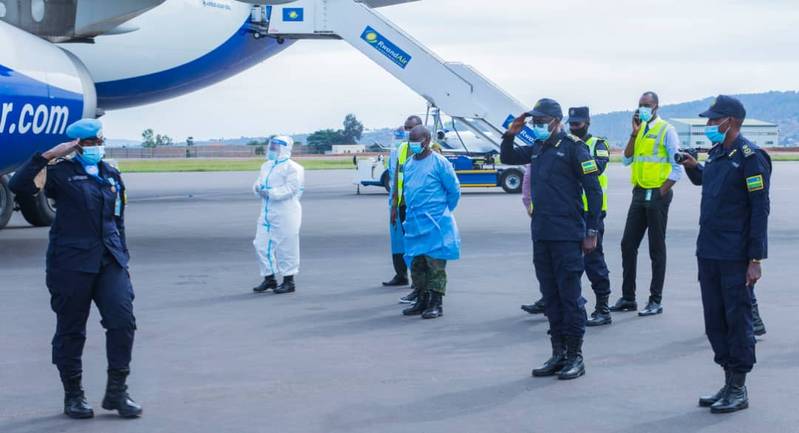 He also reminded them that they will head straight to 14 days in quarantine where they will be tested for COVID-19 before they are given new assignments back home.

Meanwhile, the newly deployed unit spent 14 days in quarantine, tested negative for COVID-19 and given certificates prior to their deployment.

On the other hand, the replaced contingent was also taken through the COVID-19 disinfection process on arrival as well as sanitazing hands, disposing of used fabrics and face masks, and measuring body temperature, among others.

SSP Urujeni said that their successful tour-of-duty was due to the commitment of each and every Police officer under her command. 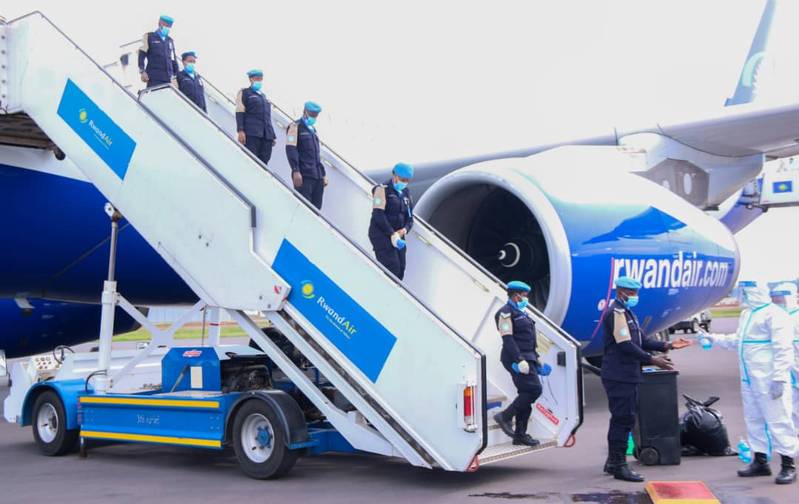 "RWAFPU-3 operates under UNMISS mandate of Protection of Civilians; creating conducive conditions for the delivery of humanitarian assistance; monitoring and investigating human rights; as well as supporting the implementation of revitalized agreement and peace process," SSP Urujeni said.

She added: "In line with this mandate, we carried out public order management assignments, supported humanitarian activities, provided security and escorted VIPs and other delegates visiting civilian sites, patrols and search operations in Juba as well as community engagement activities and other duties assigned through the UN Police chain of command."

Rwanda maintains six police contingents in South Sudan and Central African Republic (CAR) as well as Individual Police Officers (IPOs) in different UN missions, all with the strength of over 1000 officers.