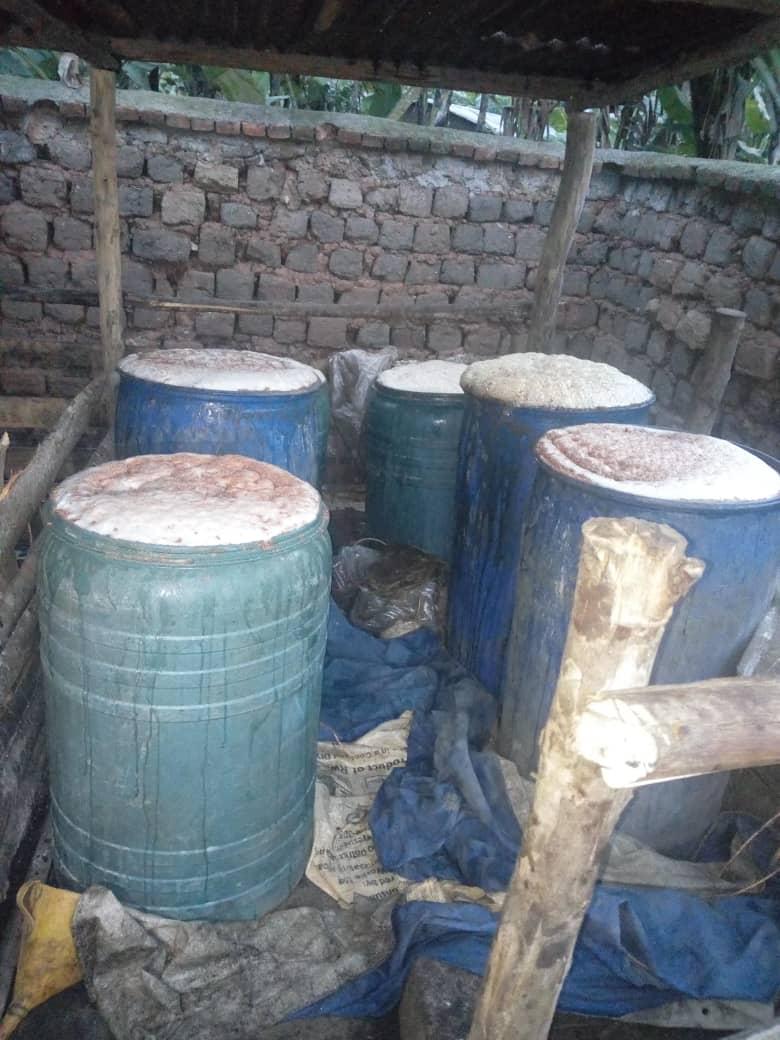 Nsanzimana, a resident of Rugera sector, Nyarutembe cell in Kirebe village was arrested on October 15.

The operation to arrest Nsanzimana was a result of credible information from the community policing partners in Nyarutembe, according to the Police spokesperson for the Western region, Chief Inspector of Police (CIP), Bonaventure Twizere Karekezi.

“This is not the first time that Nsanzimana is arrested over the same crime. In the past cases, he was fined but it seems that did not stop him from the unlawful business.

Residents continued to complain about his practices and called the Police," said CIP Karekezi.

CIP Karekezi narrated that when Police arrived at Nsanzimana’s house, they seized 1,980 litres of the illicit brew, some hidden in the house and  other quantities in a nearby pigpen.

“This is what we keep telling people, illicit brew is very harmful to their lives. It is illegal, producers operate from places that they believe no one will see them. Unfortunately, these places, raw materials and containers used... they all raise health concerns to consumers," said CIP Karekezi.

He further observed that those, who consume these substances threaten the security of other people because in many cases they are involved in fights and cause trouble in their families.

He also applauded the residents of Nyarutembe cell, who shared information for their continued community policing role in fighting and preventing crimes.

The seized substances were disposed of.

Illicit drinks are classified as "simple narcotics" under the Ministerial Order No. 001/MoH/2019 of 04/03/2019 establishing the list of narcotic drugs in Rwanda and their categorisation

Under article 263 of the law relating to offences and penalties in general in Rwanda, anyone convicted for "simple drugs" faces between seven and ten years in prison and a fine of between Rwf5 million and Rwf10 million.