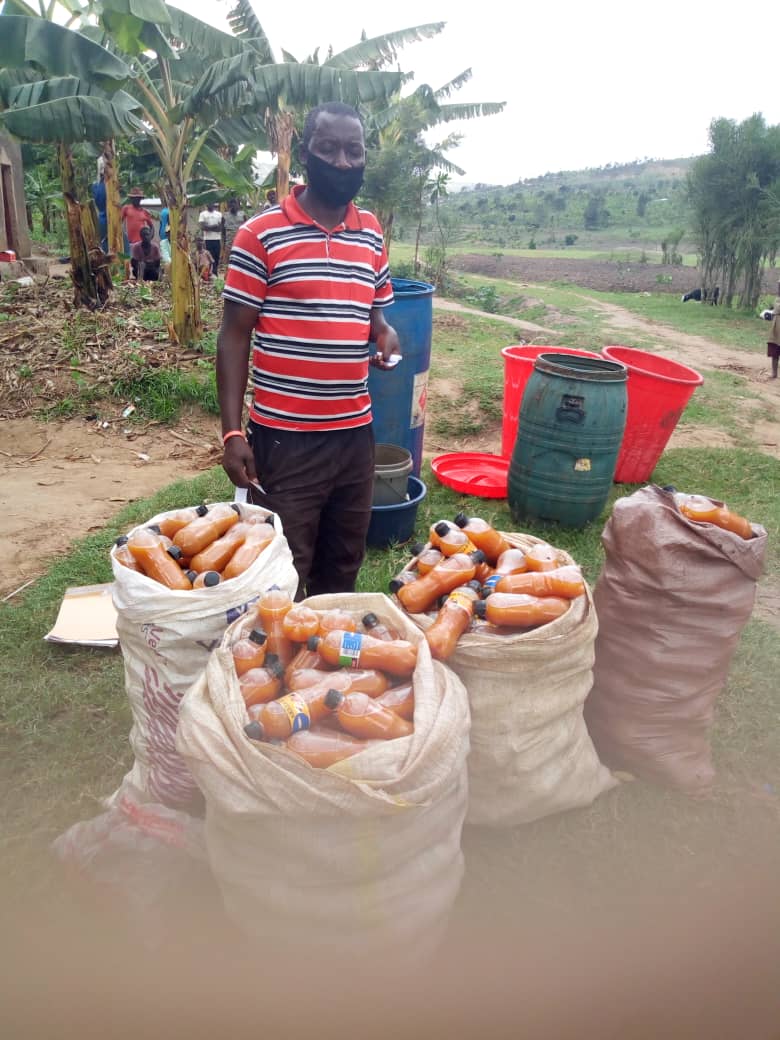 On Monday, October 12, Police in Rugarama Sector of Gatsibo District arrested one Jean Damascene Habimana, 40, who was running an illegal distillery, producing and supplying illicit drinks.

Habimana was arrested at his illegal plant located in Rugarama Sector where 417 bottles of the illicit drink called Akeza K'ibimera, were seized.

Chief Inspector of Police (CIP) Hamdun Twizeyimana, the Police spokesperson for the Eastern region, said that Habimana was reported by local residents.

"It's an alcoholic substance made out of hot water mixed with ginger and other unknown products, which turns the drink brown. Besides, he was operating in unhygienic place and using dirty containers," CIP Twizeyimana said.

He was also using single use bottles collected from dustbins or which were disposed of, for packaging.

Habimana was supplying local bars with other substances sold to consumers at his home.

The plant was dismantled, the substances disposed of and Habimana penalised as the law provides, the spokesperson said.

CIP Twizeyimana thanked the residents, who provided information, for the community policing and neighbourhood watch spirit.

All drinks produced without legal authorisation, unknown alcoholic content and with no labels, are classified as psychotropic substances in Rwanda.