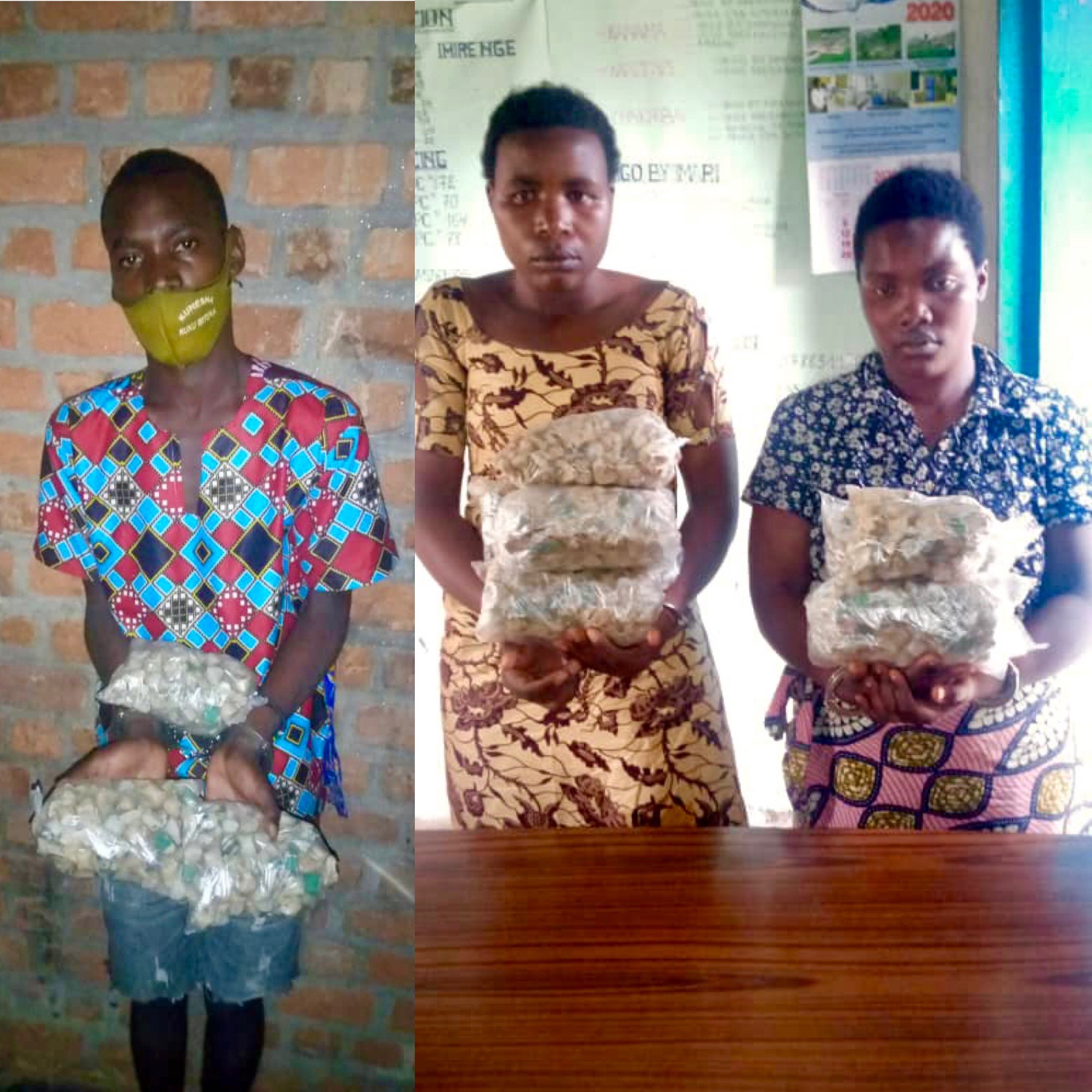 The suspected drug dealers were caught with over 1,800 pellets of cannabis, combined.

They are Fidele Niyonzima, 25, who was found in possession of 301 pellets of cannabis, while the duo of Console Niragire, 31, and Liliane Ntagisanimana, 30, were caught with 1,500 pellets.

Niragire and Ntagisanimana belong to the same ring of cannabis distributors and retailers in Rubavu.

The arrest was a result of credible information received from local community policing partners, which smoothened the operation that saw the alleged drug dealers caught red-handed, according to Chief Inspector of Police (CIP) Bonaventure Twizere Karekezi, the Police spokesperson for the Western region.

“It was because of the strong cooperation between the police and the residents, who shared timely and credible information. One of the women was the alleged wholesaler while the other was in charge of marketing and recruiting new clients," CIP Karekezi said.

Niragire’s husband is serving a life sentence for the same crime.

"Her husband was a major drug dealer, who was convicted and handed a life imprisonment, so Niragire was also suspected to be involved in the same criminal dealings and was being trailed until she was arrested red-handed," the spokesperson said.

He also explained that the Police is still looking for other two accomplices, who traffics the narcotics from the DR Congo and supplies the two women.

Meanwhile, Niyonzima had used a seven year-old to deliver the narcotics.

"Niyonzima gave the pellets of cannabis to take them to a point, where he would pick them as a way of preventing any suspicions and to evade arrest.

Good enough, residents had already shared information and Niyonzima was arrested red-handed as he picked the narcotics at the point where the child had left them," CIP Karekezi said.

He warned against engaging children in such high impact crimes.

The spokesperson further commended the role of the public in identifying and arresting drug traffickers, distributors and retailers.

All the arrested were handed over to RIB for the next legal steps.