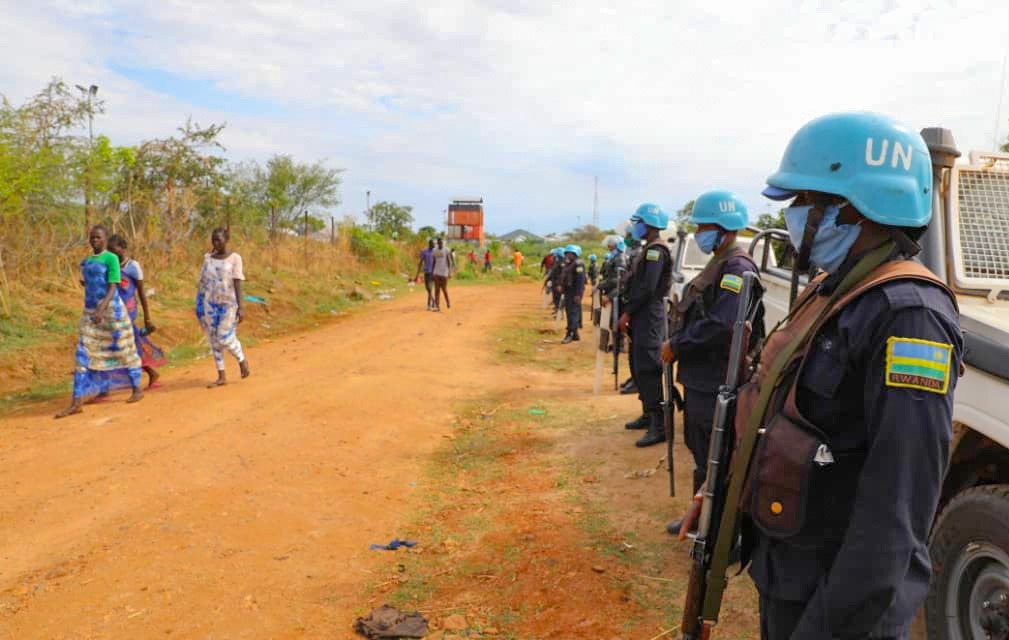 The United Nations General Assembly, in its resolution 57/129, designated May 29, every year as the International Day of United Nations Peacekeepers. It’s a Day to pay tribute to all the women and men, who have served as military, police or civilians in UN Peacekeeping operations. On this Day, we honour their courage, sacrifice, professionalism, dedication and pay tribute in the memory of those, who have lost their lives in the cause of peace.

Participation in Peace Support Operations (PSOs) is Rwanda’s principled decision with roots in the country’s tragic experience. After the loss of more than one million innocent souls during the 1994 Genocide against the Tutsi, Rwanda government felt it had a moral duty to prevent similar tragedy from happening elsewhere and was passionate about protection of lives in conflict affected areas.

The first Rwanda National Police (RNP) Peace Keeping Mission took place in 2005 when Police officers were deployed to the African Union Mission in Sudan (AMIS) later to be renamed United Nations-African Union Mission in Darfur (UNAMID). This was just five years of RNP’s existence as a young force that was created on June 16, 2000 with just 3500 total force.

As a young force, RNP spared part of it personnel to restore peace in other affected countries and to equally live Rwanda’s “moral duty.” Over the last 15 years, more than 7700 Rwanda Police officers have participated in peacekeeping duties across the globe, of which over 1400 of them are women.

Over the last 15 years of the RNP peacekeeping journey, we have also participated in restoring peace and security in Ivory Coast, Mali, Liberia and deployment of FPUs in Haiti; Police Professional staff in the United Nations Headquarters in New York as well as heading the Police components (Police Commissioner) in Ivory Coast (UNOCI) and South Sudan (UNMISS).

UN contingents have the duty to protect human life in detailed mandated tasks including patrols, monitoring of human rights, public order management, protection to UN personnel as well as training and mentoring host nation Police, among others.

RNP has been lauded for their resilience, discipline, professionalism and for exported Rwandan cultural values like promotion of dignity for women to the host nation. Rwandan peacekeepers have also introduced home grown solutions, like Umuganda, supporting vulnerable groups like orphans and building or renovating houses for the less privileged, medical assistance; all of which contribute to the general welfare of the people, inspire confidence and partnership among the indigenous population. 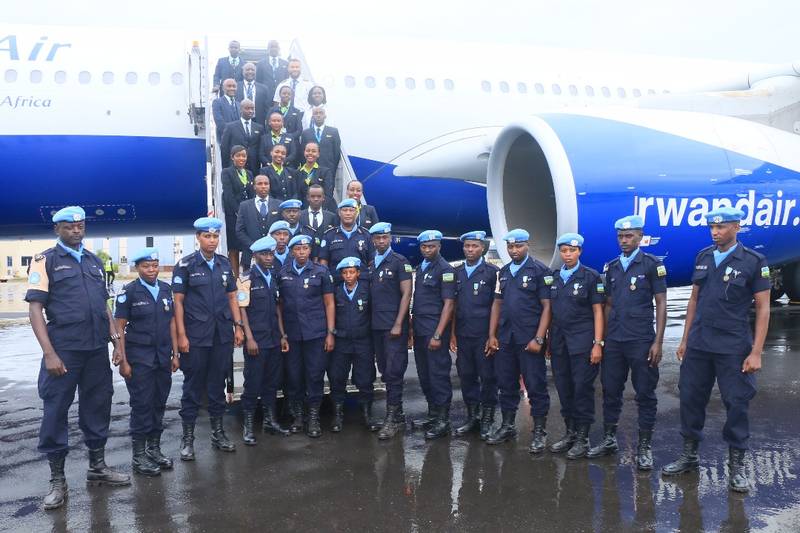 Under the grand vision and guidance of our leadership, RNP will continue to increase its participation in Peace Keeping Operations with the prime objective of contributing to peace where it is most needed.

The theme for this year’s Day is “Women in Peacekeeping: A Key to Peace.” This Day, therefore, coincides with the 20th anniversary of the adoption of UN Security Council Resolution 1325 on Women, Peace and Security.

H.E President Paul Kagame, once said: “Gender equality is not a favor, it is your right. It is the way it should be. The right to equality is not something that can be given or taken. It begins with each of you believing in your equal ability to achieve.”

In line with this Rwanda’s perspective and in respect of the UN gender concept, our participation in peacekeeping over the years, has considered this gender aspect. Today, Rwanda ranks the top female Police contributors to UN peacekeeping across the globe.

Employing women in peacekeeping help reduce the chances of conflict and community confrontation. It provides a broader sense of security to local populations, including women and children. In this regard, we are practically supporting the UN's ambition to increase the percentage of female peacekeepers deployed.

The International Day of United Nations Peacekeepers offers a chance to honour more than 3,900 peacekeepers that lost their lives serving under the UN flag since 1948, including 102 last year alone. Of course, Rwandan Police officers are among those, who have paid the ultimate price while in line of duty. We honour and salute them for their sacrifice; their efforts were not in vain.

Even the current serious threat of COVID-19 did not deter our peacekeepers from executing their mandate selflessly, under the World Health Organization (WHO) guidelines on the pandemic Prevention.

While addressing delegates at a conference on peacekeeping, in Kigali, in May 2015, President Paul Kagame said: “The central purpose of peace operations is the protection of civilians. This cannot be said often enough. It is not the protection of peace agreements or UN mandates, even peacekeepers for that matter, much less the protection of politicians. The mission is to protect the ordinary people who, in most cases, are at most risk.”

Rwanda’s contribution to UN Peacekeeping Operations is, therefore, meant to lend its support as a responsible member state of the international community.  Any peace undertaking is for the people, particularly civilians—including vulnerable groups. If civilians are not protected from armed violence and all sorts of abuse, then it defeats the purpose of peace-agreements. The people should be at the center of peacekeeping mandates.

The Kigali Principles on Protection on Civilians calls for proper training, generating suitable capabilities, and seeks accountability for failure to protect civilians, among others.

Our pre-deployment trainings put all these aspects into consideration. The Peacekeeping Training Centre—as a Regional Centre of Excellence on peacekeeping—which is one of the Police Training School (PTS) Gishari wings, was established in 2012 to prepare not only Rwandan Police officers but also those from other countries as well as international courses on peacekeeping, for these peace and security duties.

The author a communication specialist with Rwanda National Police